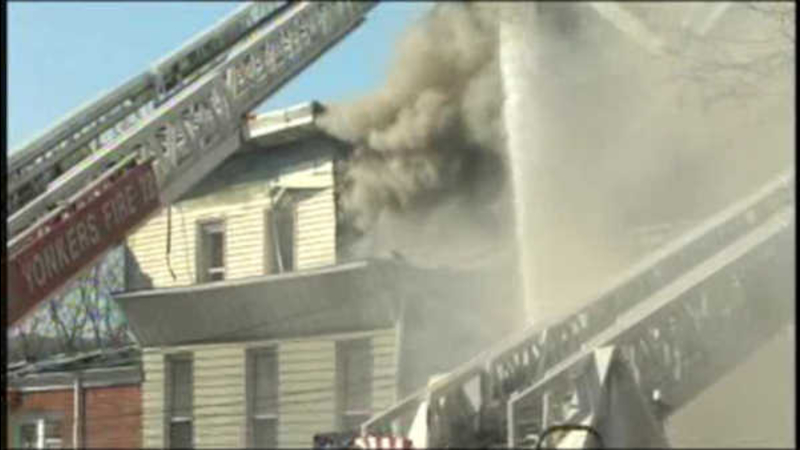 YONKERS (WABC) -- Five families have been displaced after an intense four-alarm fire tore through three homes in Yonkers on Sunday afternoon.

All of the houses are described as three stories. One of the houses collapsed, and another one is completely destroyed. The third house suffered mostly water damage.

Neighbors were also told to evacuate - some of them were in their pajamas at the time.

"We got in front of the building (number 53), basically fully involving fire. All three stories of the building had fire. We had no civilian injuries, and two buildings looks like that are going to be a loss. The smoke coming from the second floor, and then the third floor, and where the burnt part is, it started, it was on fire, and then it spread to the second house," said Assistant Fire Chief Brian Travers.

Officials report 53 Herriot Street collapsed. One of the three houses also served as a church.