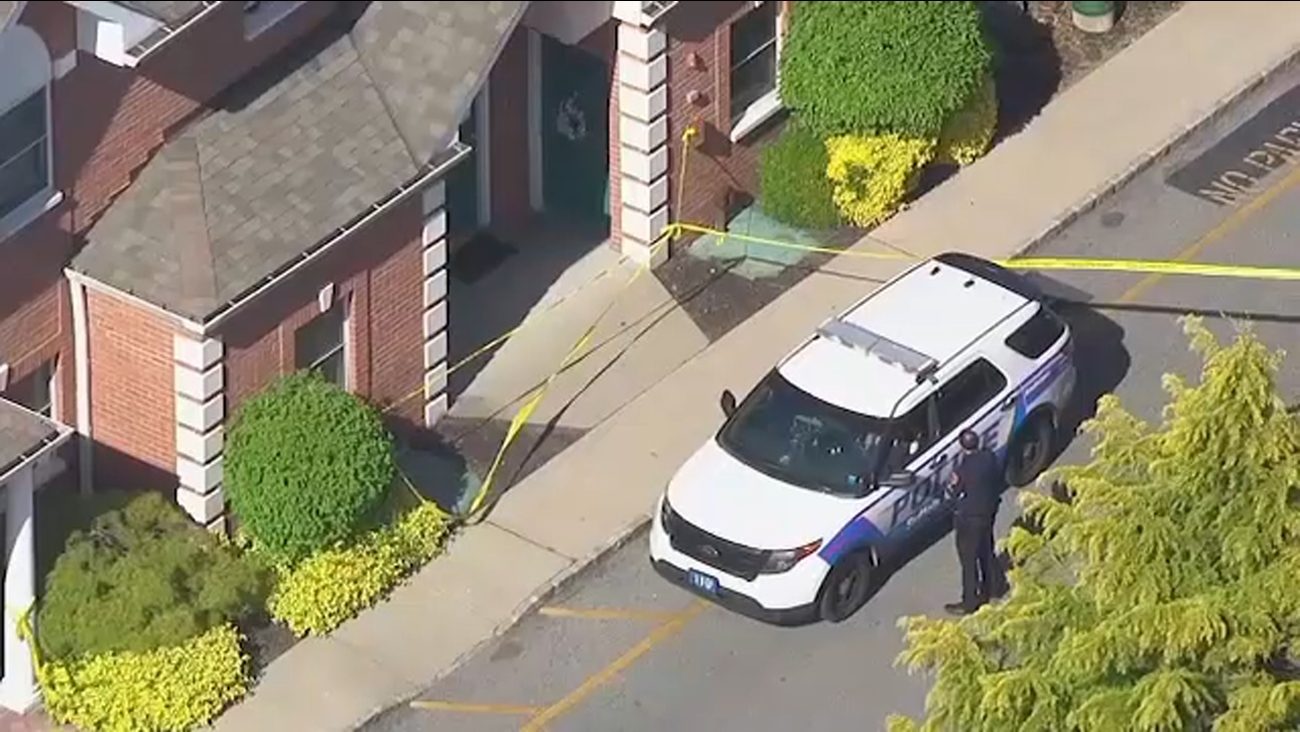 AMITYVILLE, Long Island (WABC) -- The Long Island man who is accused of fatally stabbing his father while the victim was in a Zoom video conference was arraigned on second-degree murder charges Friday.

Authorities say 32-year-old Thomas Scully-Powers repeatedly stabbed 72-year-old Dwight Powers, who was on a video chat with about 20 people at a residence on Dixon Avenue in Amityville.

Scully-Powers first entered the room and began beating him, officials say, then exited the room before returning with a knife. At that point, one of the other participants called 911.

Suffolk County police say Scully-Powers then stabbed Powers multiple times in his back, neck and torso with several different knives, causing his death.

"This is a shocking and disturbing case," District Attorney Tim Sini said. "By the defendant's own admissions, he brutally stabbed his own father repeatedly until he was certain he was dead. The investigation into this horrific murder is still ongoing, but rest assured we will obtain justice for the victim."

Upon arrival to the scene, officers said Scully-Powers allegedly jumped out of a window on the second story of the residence and fled on foot. He ran across Route 110 into a deli, where he allegedly took several bottles of Dr. Pepper and attempted to use them to wash the blood off of his body.

Scully-Powers was apprehended by Amityville Village Police officers within blocks of the deli, near the intersection of Ketcham Avenue and Cedar Street, at approximately 12:57 p.m.

He reportedly made admissions to police that he stabbed the victim approximately 15 times and used several different knives because the blades kept bending. An examination by the Suffolk County Office of the Medical Examiner determined that the victim sustained multiple stab wounds to his chest and back and was nearly decapitated with a knife wound across his neck.

A search warrant was conducted on the defendant and victim's shared apartment, located at 10 Dixon Avenue, which resulted in the recovery of several knives.

In addition, there was evidence that the defendant allegedly attempted to clean up the scene, officials say, including a mop and bucket found in the bathroom as well as a blood-saturated bed sheet found in a garbage bag.

Scully-Powers was arraigned Friday by Suffolk County District Court Judge John Kelly and was remanded without bail. He is due back in court on May 26.

If convicted, he faces a maximum sentence of 25 years to life in prison.