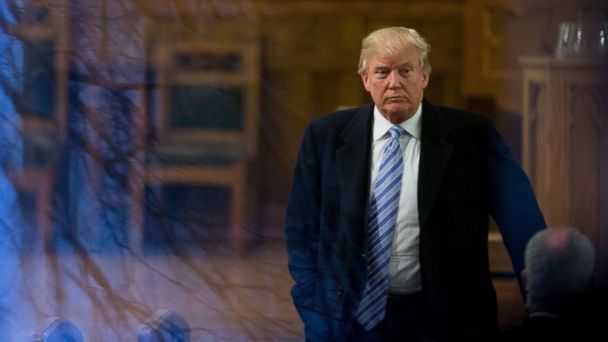 In the weeks since Donald Trump began making an overt appeal to African-Americans, one of the greatest criticisms he has received is that his appeals are made before largely white audiences. This weekend, Trump is addressing those concerns head-on, traveling to Detroit, Michigan, to attend a black church service and interview with the presiding bishop.

He will attend the Saturday service at Great Faith International Ministries and will also participate in an interview with Bishop Wayne Jackson that will air on Jackson's Impact Network. This is the first time that Trump has attended a black church during this cycle. Conversely, his Democratic rival Hillary Clinton and her running mate, Tim Kaine, have visited several Sunday services at various black churches.

Pastor Mark Burns, a frequent introducer at Trump rallies, will be meeting Trump in Detroit. A vociferous supporter of Trump who has long proclaimed that Trump would be better for African-Americans than any Democrat, Burns says that Trump will deliver brief remarks that echo his economic message.

Trump first began making his heavy-handed appeals to black voters earlier in August, asking black voters, "What the hell do you have to lose?" and at times citing misleading statistics about how many African-Americans live in abject poverty and are unemployed.

Today, Trump began the first of his weekend's outreach, traveling to Philadelphia to meet with 14 business and religious leaders in the black community. He also met with a diverse group of members of the Republican Leadership Initiative, a program sponsored by the Republican National Committee.

But with this address, Trump places himself in unfamiliar territory with a potentially wary crowd. To account for such uncharted circumstances, the Trump campaign, in concert with African-American advisers and black Republicans, developed a script for Trump, with Jackson providing a list of questions for which the candidate could prepare, as first reported by The New York Times.

Jackson said, during an interview on CNN, that he also submitted a prayer beforehand when Vice President Joe Biden was in town and pushed back against reports that the campaign had edit rights.

Plans have also been discussed to have Trump tour an impoverished neighborhood with supporter and former candidate Dr. Ben Carson.

"The reason that Donald Trump is willing to go into this territory is because he's not necessarily trying to cultivate votes like your typical politician does," Carson told ABC News in a recent interview. "He recognizes that there is no way we can have a strong country if we have big pockets of weakness. And he also realizes that in this election cycle he probably won't get the majority of their votes."
Related topics:
abc newsnational
Copyright © 2021 ABC News Internet Ventures.
More Videos
From CNN Newsource affiliates
TOP STORIES