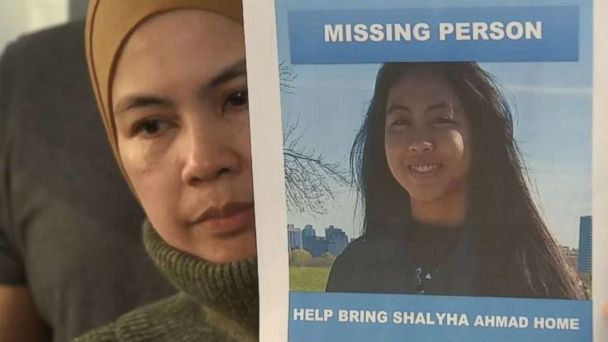 Chicago police have now determined that a college student that had been at the center of a missing persons investigation was never actually missing.

The search for Shalyha Ahmad, an 18 year old University of Illinois at Chicago student, started on Dec. 16 and it wasn't until today that police said that she went to a Chicago police station herself to say that she had never been missing.

"The missing UIC student featured in recent news reports stopped into a #ChicagoPolice district and indicated she was safe and never missing. CPDs missing person case will be closed," Anthony Guglielmi, the chief communications officer for the police department, wrote on Twitter.

No further details have been released by the Chicago Police Department at this time.

The search started when her family became concerned when she didn't show up at a train station to meet them on Dec. 14 as they had previously arranged.

Her family said that they had dropped her off at a Chicago train station on the morning of Dec. 14, and later that evening she never showed up when they were scheduled to pick her up.

Shetti Ahmad said Wednesday that her daughter's phone wasn't working and she isn't responding to messages on social media.

Shetti Ahmad said a classmate reported seeing her at school on Dec. 14, at around 11 a.m., hours after the family dropped her off at the train station.

"We found out that she was able to get to school and that she didn't disappear at the station," Shetti Ahmad said. "We are trying to reach some of her friends but we haven't heard anything from them."

At the end of the conference, Shetti Ahmad made an emotional plea to her daughter in Tausug, a language spoken in the Filipino village where the family is from.

"You can come home when you're ready, just try to call us and... tell us that you're safe," she said.
Report a correction or typo
Related topics:
abc newsnational
Copyright © 2020 ABC News Internet Ventures.
More Videos
From CNN Newsource affiliates
TOP STORIES