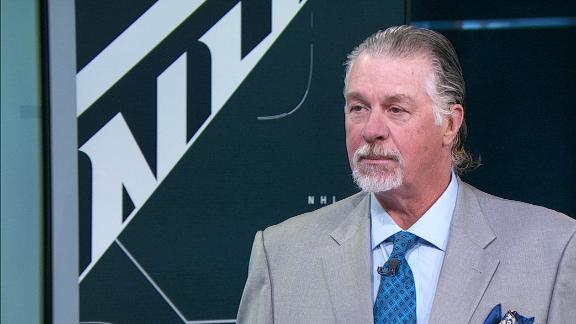 What has been the biggest surprise so far?

Greg Wyshynski: "Plan the parade" has, over the years, become a running joke between Toronto Maple Leafs fans and the rest of the hockey universe -- a shared laugh over the delusional hubris that's inherent to Leafs fandom, and really the only thing that's spared them from a descent into complete nihilism through decades of futility.

So if the question is, "What is the biggest surprise for me so far?" then the answer would have to be that "plan the parade" has lost its irony. The Maple Leafs are actually good, they're actually ahead of schedule as Stanley Cup contenders and Auston Matthews actually has a chance to thwart Connor McDavid's predestined second straight Hart Trophy win, should the Leafs make the playoffs again.

(OK, maybe not a total surprise: I picked the Leafs to win the Atlantic, although admittedly that was by default.)

Simply put, Matthews has been the most impressive player in the NHL through five games. His stats (five goals, three assists) are identical to those of his rookie season, although four of those goals last season came on opening night. But what we're seeing from Matthews in 2017-18 is domination against tougher line matches, better play on the defensive end, clutch scoring with two overtime goals already and a general sense that magic can happen every time he touches the puck.

That first goal against the Montreal Canadiens over the weekend? Sickness, to the point where one expected a swarm of doctors in Hazmat suits to hit the ice in an effort to contain it.

One of my Leafs fan friends was recently pondering whether Matthews -- 20 years old, 87 games into his career -- is the best Toronto player of the past 40 years, ahead of Hall of Fame names Gilmour and Sundin and Sittler. Much like "plan the parade," it's a statement that normally would draw snorts and groans about Toronto exceptionalism -- the kind of thing you'd typically hear Don Cherry warble if Matthews was from Stouffville, Ontario, instead of the American desert.

But watching the 4-1-0 Leafs, seeing their depth, acknowledging the brilliant minds that Brendan Shanahan has assembled and witnessing Matthews' undeniable trajectory as a megastar, it's entirely possible the Maple Leafs could be your 2017-18 Stanley Cup champions, or at the very least your Eastern Conference ones. And I'm as surprised as you are.

Emily Kaplan:Consider me in the same situation re: the Chicago Blackhawks and the Central.

After an offseason of change, the Blackhawks have started 4-1-1 -- beginning with a wacky but dominant 10-1 win over the Pittsburgh Penguins -- proving concern over a decline was premature. Brandon Saad (six goals, two assists) hasn't missed a beat. Patrick Kane (two goals, six assists) is just fine without Artemi Panarin opposite him at wing. Corey Crawford (.960 save percentage, 1.39 goals-against average) leads the way-too-early Vezina conversation, while new faces (Alex DeBrincat, Ryan Hartman, John Hayden and Nick Schmaltz, when he's healthy again) are ready to make the jump as the next wave of homegrown stars. Chicago is the team to beat in the Central, if not the West.

But more important: the Blackhawks stay relevant in their city's greater sports landscape. I've lived in Chicago for close to two years, and here's what I'll tell you about the pro sports scene: for the better part of this decade, the Blackhawks have run the show. After decades of ineptitude -- both on the ice and on the business side -- the Blackhawks have been this city's darling since winning the Cup in 2010 (and, of course, again in 2013 and again in 2015). Well, what has happened in the last year? The Cubs aren't just lovable losers, they're lovable winners. The Bears might still be ways away from winning, but they finally have a quarterback in Mitch Trubisky, meaning they're relevant. The Blackhawks' commanding start keeps them on the local newscasts and in the buzz around town, which is always a win for hockey.

Chris Peters: A lot of different things have really surprised me this season. The Vegas Golden Knights are certainly near the top of that list, but expansion teams are so unpredictable to begin with. You should almost expect the unexpected. So that brings me to the New Jersey Devils, who were expected to be right next to the Golden Knights in the NHL's cellar, but are off to a 4-1-0 start.

However, there is an even bigger surprise within the surprise. That would be Jesper Bratt, the 19-year-old rookie winger from Sweden, only a year removed from being selected 162nd overall in the sixth round. Bratt was on pretty much nobody's radar coming into this season. Why should he have been? It is near impossible for a sixth-rounder to make an NHL roster as a teenager. In fact, no player drafted in the sixth round or later has made the NHL as a teenager since 1995-96 (via hockey-reference.com's Play Index). Most teams are merely hoping a few of their late picks over several years pan out.

Bratt spent last season playing in Sweden's second division with AIK and had a respectable, but not earth-shattering, 22 points in 46 games. It appeared he was destined to join the Ontario Hockey League's London Knights for 2017-18. Then he started turning heads during a rookie tournament and kept excelling in Devils' training camp. Now the kid has three goals and three assists through New Jersey's first five games and has hovered between 16 and 17 minutes of ice time.

By the way, of the 28 late draft picks that made the NHL as teenagers, only one scored more than three goals in his rookie season and only two had more than six points. By that measure, Bratt is already off to one of the best seasons among his unique draft peers, just five games in. 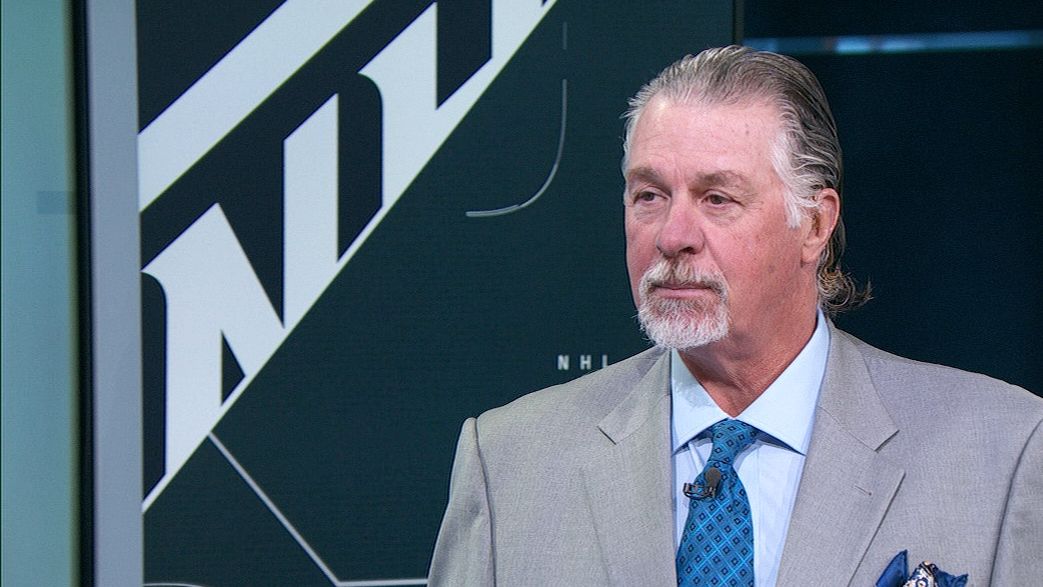