3 people believed to be innocent bystanders shot in the Bronx 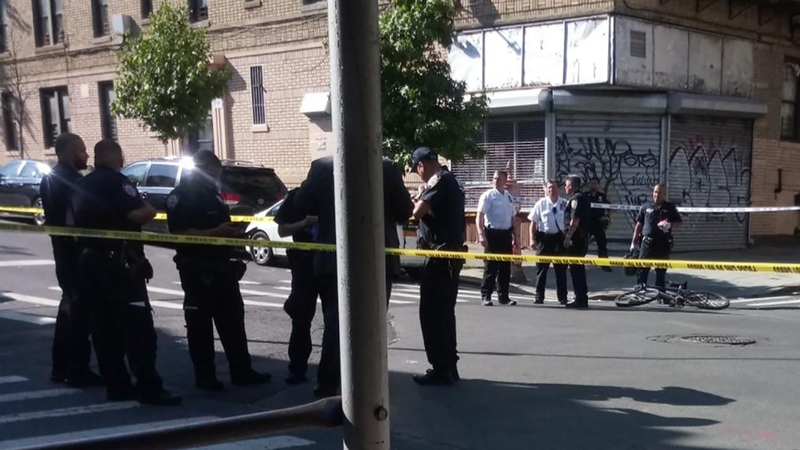 3 people believed to be innocent bystanders shot in the Bronx

CONCOURSE VILLAGE, Bronx (WABC) -- Three people believed to be innocent bystanders were shot when a man on a bicycle opened fire in the Bronx Sunday.

The gunshots rang out at East 166th Street and Findlay Avenue in Concourse Village, in broad daylight, just before 4 p.m.

Authorities do not believe they were the intended targets, and all three are expected to survive.

The gunman, wearing a black sweatshirt, ditched the bicycle and fled on foot westbound on Webster Avenue.

The incident is the latest in a string of shootings involving innocent people being struck by stray bullets.

Forty-year-old Winston McKay was fatally shot while walking his dog in Hamilton Heights on June 10. And on June 12, a woman stumbled upon a shootout outside the Pelham Parkway Houses and was struck in the left forearm.

Then last Thursday, two people -- including an 11-year-old boy -- were unintended targets of a shooting in Brooklyn.