NHL Power Rankings: 1-31 poll, plus what every team's slogan should be 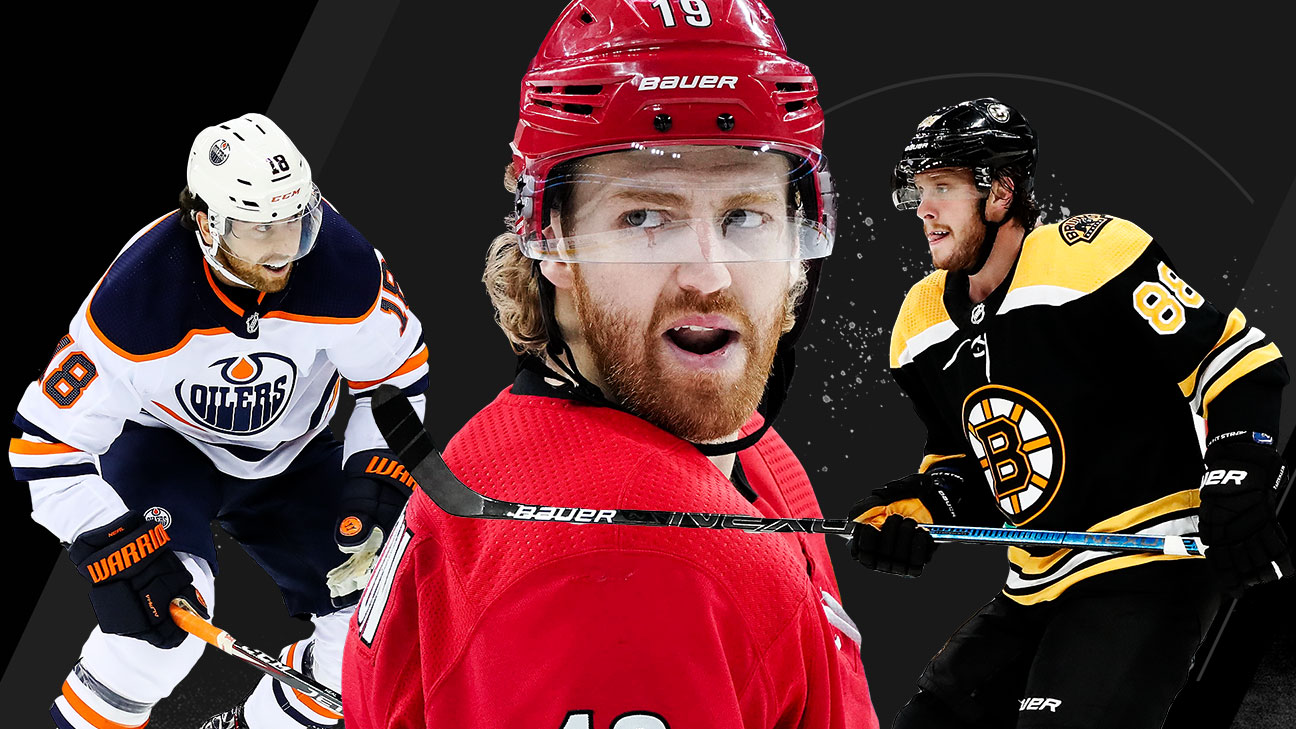 Every year, NHL team marketing departments brainstorm new slogans and campaigns to get fans fired up for the upcoming season. Some of them are clever. Many of them aren't. So we decided to help.

After scanning the websites and social media feeds for all 31 teams, these are our best guesses at their official team slogans this season. In this week's NHL Power Rankings, we analyze them and offer suggestions for improvements.

How we rank: The ESPN hockey editorial staff submits polls ranking teams 1-31, and those results are tabulated to the list featured here. Teams are rated through Tuesday night's games, taking into account overall record, recent success and other factors such as injuries. Previous ranking refers to the team's spot in last week's edition of our Power Rankings.

"Boston's Team Since 1924." The Bruins sit atop our Power Rankings this week for a terrific start to the season. As for the slogan, 1924 is actually 23 years after baseball's Americans (who would be renamed the Red Sox in 1908) became Boston's team, so you have to respect that level of hubris. Really only needs a slight edit.

"Go Avs Go." In winning their first five games of the season, the Avs had a plus-10 goal differential and looked very much like they might be the best team in the Western Conference.

New slogan: "And I For One Welcome Our New Hockey Overlords."

"Take Warning." As reported by our own Emily Kaplan, coach Rod "The Bod" Brind'Amour beat half the Hurricanes' roster with his time on the assault bike in offseason conditioning. "You just see a lot of veins," defenseman Haydn Fleurysays. "Some grunts. It's kind of scary, to be honest."

New slogan: "Take Warning: Our Coach Is About To Show Off His Abs."

"Leafs Forever." Through seven games, the Leafs are fourth in goals per game (4.00) and 18th in goals against per game (3.29). Which is great for entertainment, albeit not necessarily for Mike Babcock's blood pressure.

"Smashville." I wrote about the origins of "Smashville" a few years ago. Did you know that the guy who came up with the term received season tickets for life? Anyway, the Predators won four of their first six games and recently skated out of Vegas with a win.

"ALL CAPS." Nothing like the wildest sports month in recent D.C. history to overshadow the burgeoning goaltending controversy between Braden Holtby and Ilya Samsonov, which coach Todd Reirden recently said didn't exist "at this point."

"2019 Stanley Cup Champions." The Blues were 3-1-2 in their first six games, looking more like the team from the second half of last season than the one from the first half. Which is good news for Craig Berube, one assumes.

"Be The Thunder." The Lightning are finally starting to look like the Lightning again ... minus that hiccup against Ottawa recently. It's going to take a while to wash off the stink from the playoffs, though.

New slogan: "Sorry For The Blunder."

"The Golden Season." This is in reference to the 50th anniversary of the franchise, and it has been quite a party so far thanks to a 5-0-1 start that was the Sabres' best in 12 seasons. Seriously, though, Buffalo: You're a hockey team. Hence ...

"Let's Go Pens." Yeah, that's it. Just "Let's Go Pens." This is what you get when Sidney Crosby is both your captain and chief marketing officer. Pittsburgh won three of its first four games without the sidelined Evgeni Malkin, because that's what the Penguins do.

New slogan: "We Laugh In The Face Of Injuries."

"Let's Go Oilers." Edmonton's start -- five wins in six games -- has been one of the season's biggest surprises, fueled by James Neal's goals and a solid defense under coach Dave Tippett. Things look pretty good. But, as always, we must echo the sentiments of all hockey fans during these past few seasons.

"C of Red Lives Here." One of hockey's truly great puns, even if the "C" on their sweaters is frequently white or black. But it doesn't really capture the current campaign for the inconsistent Flames, who dealt James Neal to Edmonton in exchange for Milan Lucic this offseason.

"Rise Together." That the Jets aren't an utter disaster given what has happened to their blue line in the past four months -- including the uncertainty around Dustin Byfuglien's leave of absence -- is one of the biggest surprises of the season. Those 3.13 goals per game help.

"Play Like a New Yorker." Given the current state of New York sports -- the Mets, Jets, Giants and Knicks -- perhaps this isn't the best rallying cry.

"This Is Florida Panthers Territory." Please don't weaponize this slogan when the Panthers finish outside the playoff bubble, missing the cut by just a few points, as they often do.

New slogan: "Hiring Joel Quenneville Is Its Own Championship."

"Go Habs Go." The 2-2-2 start for Montreal seems about right, although one assumes Carey Price is going to be better than the .896 save percentage and 3.33 goals-against average where he now sits.

"Fly Or Die." While perfectly capturing the fatalistic worldview of the Philadelphia sports fan, this seems a little harsh for our sensitive times, no?

New slogan: "Orange You Glad We Have Goaltending Now?"

"Our Barn, Our Family." Sneaky good player: defenseman Devon Toews. He had four points in his first six games, including an overtime winner against St. Louis. A strong player in either Brooklyn or Nassau.

"Let's Go Ducks." The Ducks actually have a really cool name for their season-ticket holders: The Orange Alliance. So some variation of "join the Orange Alliance" would be pretty cool. But seeing as how the team remains one John Gibson away from choking on mediocrity ...

"Hockeytown." The Red Wings have been sold with the Hockeytown name forever. But at 3-3-0 after a decent start, and with many expecting this to be another rebuilding season for the Wings ...

"We Are All Canucks." Apparently we are all silently praying that a generation of youngsters comes together to form newfound leadership and boldness to turn around a flailing existence. Wait ...

New slogan: "Yes, We Are All Canucks."

"One Goal." Brent Seabrook andOlli Maatta, inexplicably paired together this season, have a 30.49 Corsi for percentage at 5-on-5.

New slogan: "One Goal Against When These Guys Are Out There."

"Our Pack." Stop me if you've heard this one before: The Coyotes are getting outstanding goaltending but are last in the NHL in shooting percentage through five games, at 6.5%.

"Be Loud. Wear Green. Go Stars." Coach Jim Montgomery's team has been one of the season's biggest disappointments thus far, with one win in its first five games.

"Out Of Our Blue. We Rise." We get the sentiment here -- what with what happened in the offseason -- but what kind of fridge magnet word salad are we looking at here? This reads like Don Draper had a stroke in the middle of his pitch to Labatt's.

New slogan: "This Is The Sad State of Hockey."

"Go Kings Go." Jonathan Quick, two-time Stanley Cup champion and a Conn Smythe winner, is statistically the worst goalie in the league thus far this season, at a .793 save percentage.

"We Are The Ones." The Devils' winless start through six games has punctured the hype balloon for the team that inflated so impressively thanks to significant moves during the summer.

New slogan: "We Are The Ones Who Win The Draft Lottery Again."

"The Kids Are Alright." The Senators have a win over the Lightning, and four losses in their first five games of the season. Hockey, go figure!

New slogan: "You Think That's Bad? You Should See Our Owner." 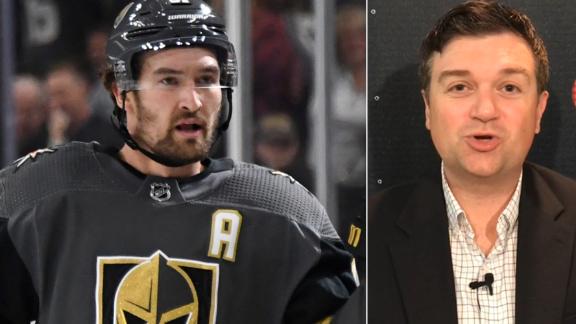