Several passengers were thrown from the bus, and one of the dead was trapped under the vehicle after it landed on its roof shortly after 10 a.m. off Interstate 15 in Pala Mesa, an unincorporated community about 45 miles (72 kilometers) north of San Diego, North County Fire Protection District spokesman John Choi said.

"There were no seat belts on this bus," Choi said. Another person who died was trapped inside the bus, he added.

The wounded were taken to three hospitals with varying injuries, Choi said.

A California Highway Patrol officer told the San Diego Union-Tribune thatone of the patients was in critical condition and three others suffered major injuries.

The bus driver suffered minor injuries and remained at the scene. He apparently swerved and lost control of the bus, Officer Mark Latulippe said.

The bus was going from Los Angeles to San Ysidro, the San Diego neighborhood just north of the U.S.-Mexico border, the officer said. Passengers included adults and children.

Authorities have not released the name of the bus owner.

Rescue crews were concerned that the bus may slide farther down the embankment and had to secure the vehicle before using ropes to pull up the victims to the roadside, Choi said. Crews planned to pull the bus from the embankment and recover the body pinned under it, he said.

The crash caused southbound traffic on I-15, a major route connecting San Diego to inland regions of Southern California, to back up for miles.
Report a correction or typo
Related topics:
san diegocaliforniabus crashu.s. & world
Copyright © 2020 by The Associated Press. All Rights Reserved.
BUS CRASH 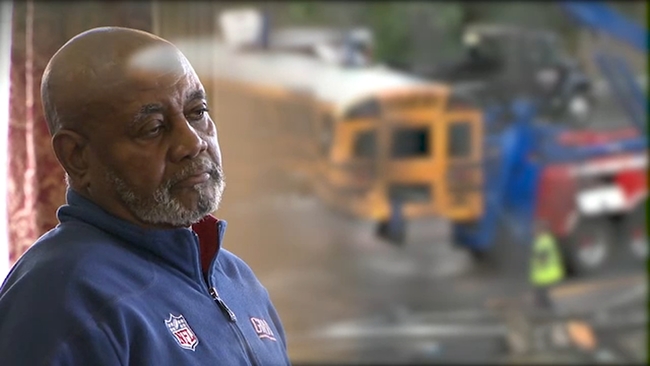 Scary moments as students are thrown in bus crash Homeless man struck by bus in NYC hit and run 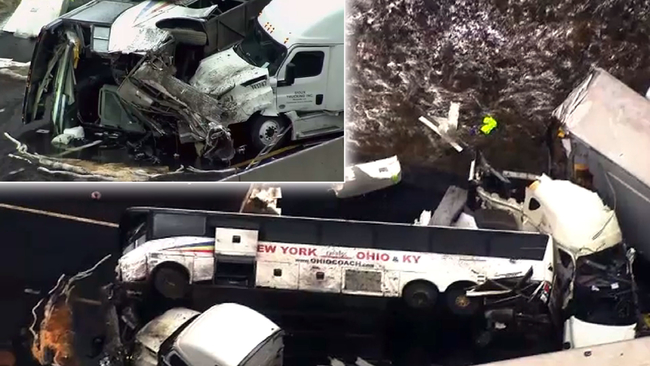