WABC
By Lucy Yang
FORDHAM, Bronx (WABC) -- A small, family-owned pharmacy in the Bronx was left in devastation on Monday night, after looters robbed and wrecked the store.

It took the Rodriguez family 14 years to build their successful mom-and-pop pharmacy in the Bronx. But it only took looters minutes to ravage everything they worked so hard to build.

In just a matter of seconds, the glass door is shattered and looters storm Alico Pharmacy on Jerome Avenue.

"I felt so powerless," store owner Andy Rodriguez said. "Watching on cell phone. You can't do anything."

The video shows someone stuffing their pockets, t-shirts and backpacks. Others looters filled baskets.

One man found garbage bags in the basement, while another stopped for a quick drink.

The looters struck gold when they got into the narcotics cabinet, which they wiped clean.

Many of the shelves were filled with prescription medications for heart patients, cancer patients and people who desperately need their medicine.

It was a free for all for drugs, beauty products and toilet paper.

The store was left with trampled medication and broken dreams.

Looters have become so brazen, some didn't even wear a mask for COVID-19.

Employee, Jennifer Mercedes, says a lot of people have called about their medication, but they can't serve them.

The Rodriguez family owns two pharmacies in the Fordham section of the Bronx. Both were destroyed.

They do not have a price tag for their losses yet, but they do hope to rebuild. 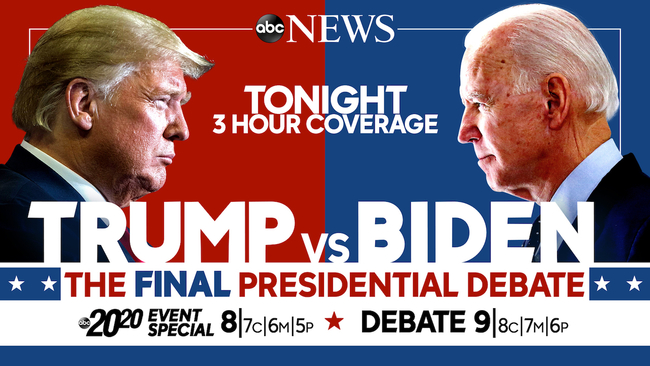 Trump and Biden to meet for final debate before election: WATCH LIVE