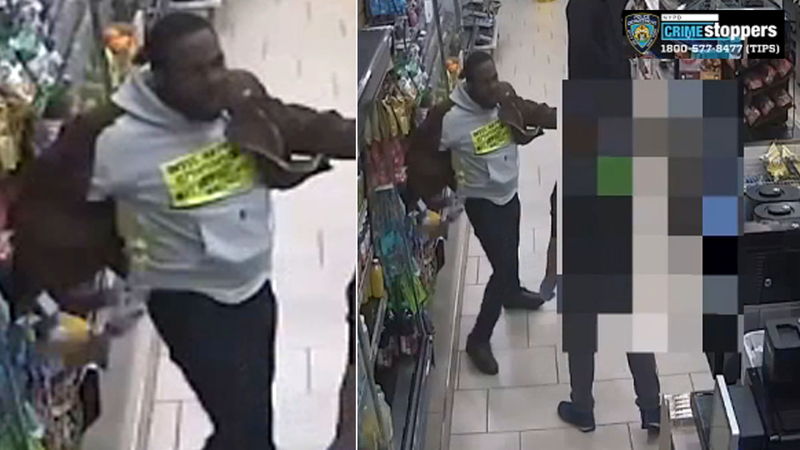 MIDTOWN, Manhattan (WABC) -- A man was arrested and charged for allegedly punching a worker after yelling a racial expletive at him at a convenience store in Manhattan.

On Wednesday, the NYPD has released video of the brutal attack inside a 7-Eleven store in Midtown.

According to police, before the suspect punched the worker, he yelled, "you Chinese (expletive)" and then ran off.

It happened Saturday at the 7-Eleven store on 8th Avenue and 39th Street.

According to police, before Jacques punched the worker, he yelled, "You Chinese (expletive)!" and then ran off.

The victim suffered bruising and a small cut to his left eye. He refused medical attention.

The assault was being investigated by the NYPD's Hate Crimes Task Force.

It's the latest in a rash of attacks in New York City and across the country against people of Asian descent.

According to police, there have been at least 33 anti-Asian hate crimes in New York City already this year.

In one, last Tuesday, police say a man yelled anti-Asian slurs at a 44-year-old woman and her three children, spitting at her and kicking her cellphone off a subway train.

New York City police asked for the public's help Saturday in finding a man wanted for yelling anti-Asian slurs at a 44-year-old woman and her three children, spitting at her and ki

Two people are dead following a serious crash that shut down part the Long Island Expressway for more than eight hours Monday.