7 On Your Side: Helping a cartoonist's widow waiting for royalties 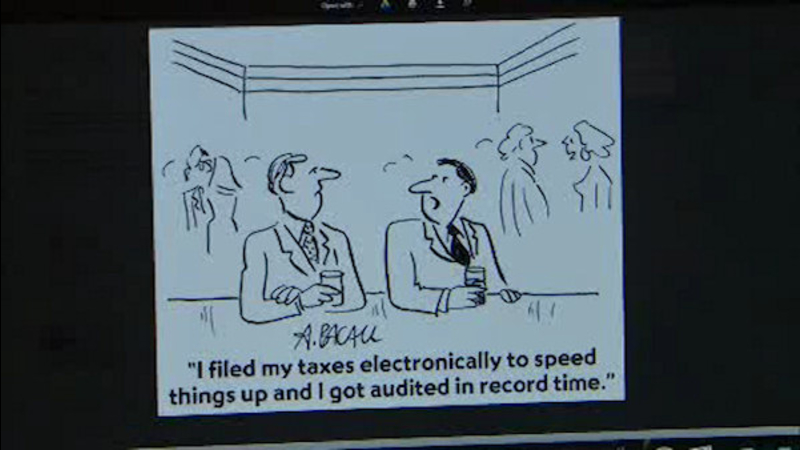 NEW YORK (WABC) -- A cartoonist's widow reached out to 7 On Your Side, saying she was stuck and steaming while waiting for royalties for her late husband's work.

It was time for us to call one of the most prestigious publishers in the world to help put a smile back on her face.

Cancer may have have taken Aaron Bacall's life last June, but his witty humor continues to be published.

"He loved to make people laugh," wife Linda Bacal said. "He got royalties from all over the world."

Bacall, who added an L to his last name, used his art to poke fun at the lighter side of work, technology and teaching, and his cartoons ran in the Staten Island Advance for 30 years and was the subject of a documentary.

Bacall even reached the cartoonist Mount Everest, the pages of the prestigious New Yorker.

"They have hundreds of cartoons in cartoon stock, and that's the conflict that we have with them," Linda said. "They stopped paying."

Linda was thrilled to get a statement in September from TheNewYorkerStore.com that some of Aaron's work had sold. She was told by a rep there, via email, that "the funds are usually delivered within a few days." But that was a mistake, according to the invoice, which stated that royalties aren't paid until they're over $100.

But then the next month, hundreds more in cartoons sold. But Linda said she was still waiting weeks for the payday.

"They didn't pay," she said. "And not only the money, I kept calling and they never called back. I got very upset, because I want to keep his work alive. His work is so wonderful. I didn't want to let it go."

So we called the New Yorker on the widow's behalf, and Linda got a call back the next day.

"Finally, I heard from them, which was only a result of Channel 7," Linda said. "All of a sudden, the guy I was trying to reach called me back and said sorry, (for the) misunderstanding."

Linda said her contact apologized for the two-week royalty payroll delay, and within days, she received $414.

"Without WABC, 7 On Your Side, this moment would not have happened," Linda said. "The check is the pat on the head, and that's what he wanted. He always wanted a pat on the head."

"Ms. Bacal's payment was delivered on schedule, less than a month after she received the royalty statement that prompted payment," a representative said in a statement to Eyewitness News. "Payment was not two weeks late, nor was it the result of your inquiry. To report anything otherwise would be inaccurate."