7 On Your Side: Contractor refuses to get a license, refund homeowner for allegedly shoddy deck 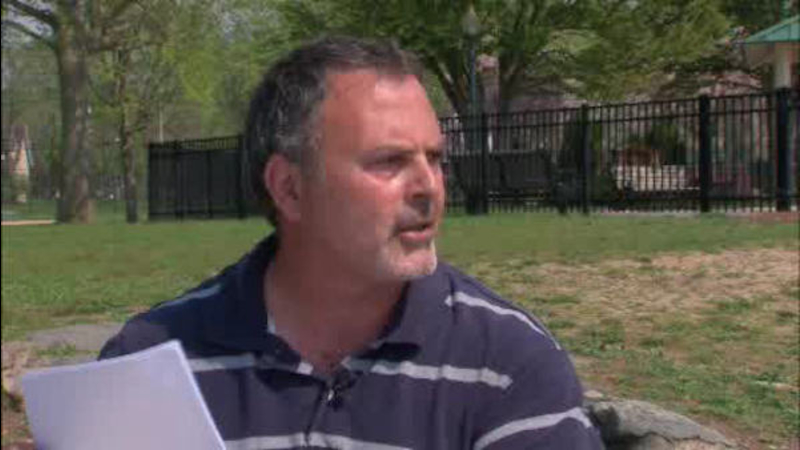 7 on Your Side helps couple get refund on deck job

NEW YORK (WABC) -- A newlywed couple sunk more than $20,000 into improving their new home only to learn the contractor they were working with wasn't licensed.

Then, they had a dispute over the quality of the job, which taught them a whole lot more about who they hired.

It was their wedding money, paid in cash, to the contractor who had license numbers at the top of his contract. But they weren't valid.

In fact, the builder is on the Wall of Shame in Suffolk County and is being fined in Nassau County. But he claims both counties need to be reprimanded because he's done nothing wrong.

"It's not a law, Nina, it's a statute," Michael Salese tried to argue with 7 On Your Side's Nina Pineda. "It's not my law, it's your law. I'm not contracted with the state of New York."

Salese is breaking the law, and he admits building the deck for the Bayville couple without a valid home improvement license, as required by the county.

The newlyweds hired Salese to replace their old deck last October, and a picture of what he built is even front and center on the company website.
But looks are deceiving, as the brand new deck is riddled with defects like large gaps and shaky rails.

"The siding he did, the nails are starting to rust," the homeowner said. "That all has to come down. He installed broken boards, and the frame, he compromised the whole frame."

So he hired Peter Ruppert, a New York state licensed professional, to examine the structure.

"It's unsafe," he said. "I can't defend the work because of the amount of mistakes I'm seeing. If it were me, I'd redo the entire deck."

The couple spent more than $23,000 on the deck, and he wants a refund. But Salese says no.

"He's not getting refunded, because all his money has been spent on the job," he said.

In face, Salese refutes all the findings in the engineer's appraisal.

He says errors like the shaky rail exist because he was fired off the job.

"It wasn't bolted, because I didn't finish," he said.

He also refuses to pay the fines levied by the Nassau County Consumer Affairs Commissioner Madalyn Farley, arguing that what he did is not a crime.

"Breaking that law is subject to a year in jail and a $5,000 fine from this office," she said.

After her office investigated, Salese was ordered to provide a refund in full and get licensed. But he still said no.

"I refused to get licensed with the clowns," he said.

A home improvement license cost $250 a year, so the takeaway is to make sure you use someone licensed, which also means they are insured.