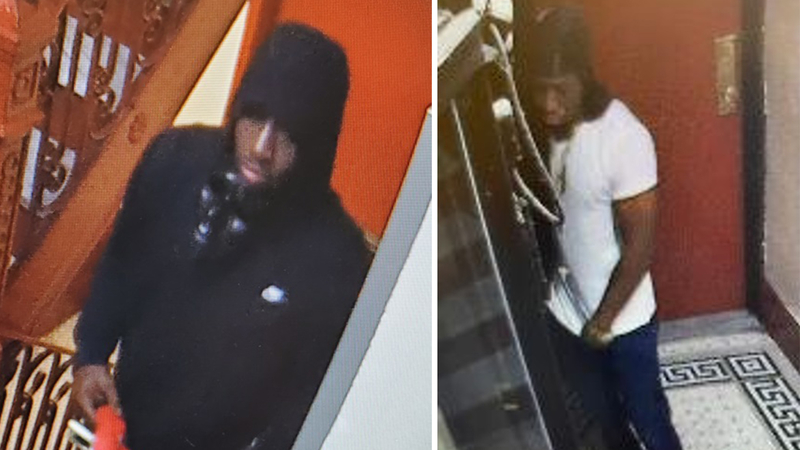 Search for man who raped 70-year-old woman in Bronx

BELMONT, Bronx (WABC) -- Police in the Bronx are searching for a man who raped a 70-year-old woman.

It happened on Tuesday, July 27, at around 2 a.m. in the Belmont section.

The woman was entering her apartment building when she was approached from behind by a man wearing two plastic masks, one black and one red plastic.

The man took out a gun and forced her into the stairwell where he sexually assaulted and raped her.

He then ran off from the scene.

The victim sustained injuries about her body but did not initially report the incident.

On Monday, August 2, she went to a BronxCare Health System hospital for an evaluation, where the incident was reported to police.

The attacker is described as a man with a dark complexion, approximately 5'8" tall, 170 pounds, with a slim build. He was last seen wearing a black du-rag, a black hooded sweatshirt, a white t-shirt, blue jeans, and black sneakers and carrying both the black and red plastic masks. He was in possession of a silver handgun.