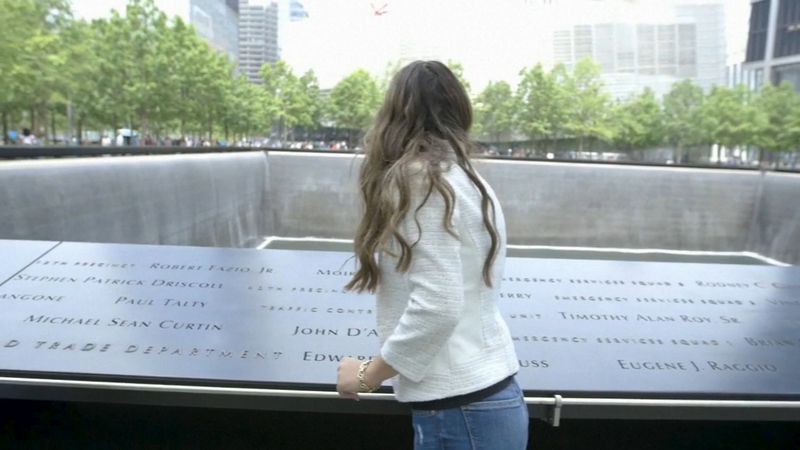 NEW YORK (WABC) -- The terror attacks of September 11th changed our lives forever, and even 20 years later, for those who lost loved ones, there remain unanswered questions, anger, and suspicion.

Those families live with the memories every single day, and in Patricia Smith's case, they're fleeting.

"I don't have any independent memories of her," Smith said.

She was just a young child when she was robbed of the chance to grow up with her mother, NYPD Officer Moira Smith.

"It was hard to kind of hear everyone else's stories, but I didn't get that for myself," she said.

Despite the memorials and mementos, the reality of remembering comes at the cost of resentment.

He is a clinical and forensic psychiatrist who has worked with survivors and families of loved ones who died in the attack, and he' seen the gamut of emotions. But for many, the most piercing and enduring emotion is the anger.

For Smith and her dad, the anger is in the absence of justice

"Think we both kind of have the same notion that justice delayed is justice denied," she said. "And now we're 20 years later with no justice."

So while the old adage says that time heals all wounds, Dr. Torres will tell you it's not entirely accurate.

"Time itself is not a healer," he said.

The tributes, the services, and the annual ceremonies certainly hold space for healing for some, including Monica Iken, who lost her husband.

She visits the September 11th Memorial and Museum often, and her connection to it isn't just about honor.

"I couldn't bring him home, so this is his home for me," she said.

But for others, it comes with a burden too heavy to bear.

It is a search for healing and peace that for many will never come, no matter how many years have passed.