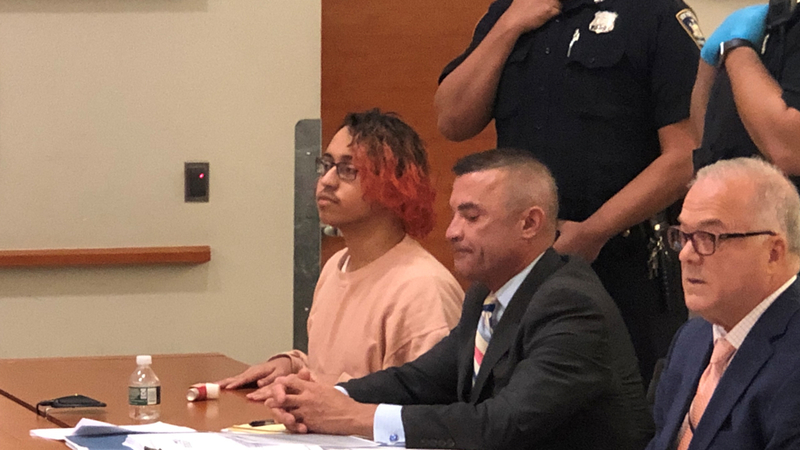 NEW YORK (WABC) -- There is a new report on the deadly stabbing inside a Bronx school that suggests the assistant principal may have failed to take proper action when notified by the killer's mother that he was bringing knives to school.

Abel Cedeno was sentenced to 14 years in prison Tuesday for manslaughter in the death of 15-year-old Matthew McCree and assault in the stabbing of 16-year-old Araine Leboy at the Urban Assembly School for Wildlife Conservation in 2017.

The Special Commissioner of Investigation Anastasia Coleman found in her report that Cedeno's mother told a teacher at the school two and a half years before the killing that her son was bringing a knife to school.

The report says that teacher informed Assistant Principal Caridad Caro, who "did not relay the information to the principal or to anyone else at the school and failed to log the incident into the Department of Education's online reporting system. (Assistant Principal) Caro told investigators that she instead personally searched Student A's backpack and thought it unnecessary to report the mother's message because she did not find a weapon."

Officials say school searches are to be performed exclusively by NYPD School Safety Agents and not DOE staff.

"That information was taken in by this assistant principal, and she didn't follow the proper protocols when there is a potentially dangerous situation at a school," Coleman said.

The report said Cedeno's claims that he repeatedly complained to DOE personnel that he had been bullied and that some of this bullying occurred in the presence of DOE staff was examined but not corroborated.

"The Department of Education has systems and procedures in place to help assure the safety of DOE students and staff members," Coleman said. "It is imperative that all staff members follow protocol and promptly report any and all threats that may jeopardize the safety of our school communities."

Coleman is recommending that Caro be dismissed from the education department.

"The assistant principal didn't follow the proper protocols, and we recommended that she be terminated," Coleman said. "And that's a decision for the DOE."

The Department of Education issued a statement, saying Caro has been reassigned to a central office and that the termination process will begin.

"This was a terrible tragedy, and the Urban Assembly School for Wildlife Conservation was closed at the end of the 2017-18 school year," the statement read. "Ms. Caro was immediately reassigned when we were made aware of this allegation, and based on the findings of the investigation, we will start the termination process."