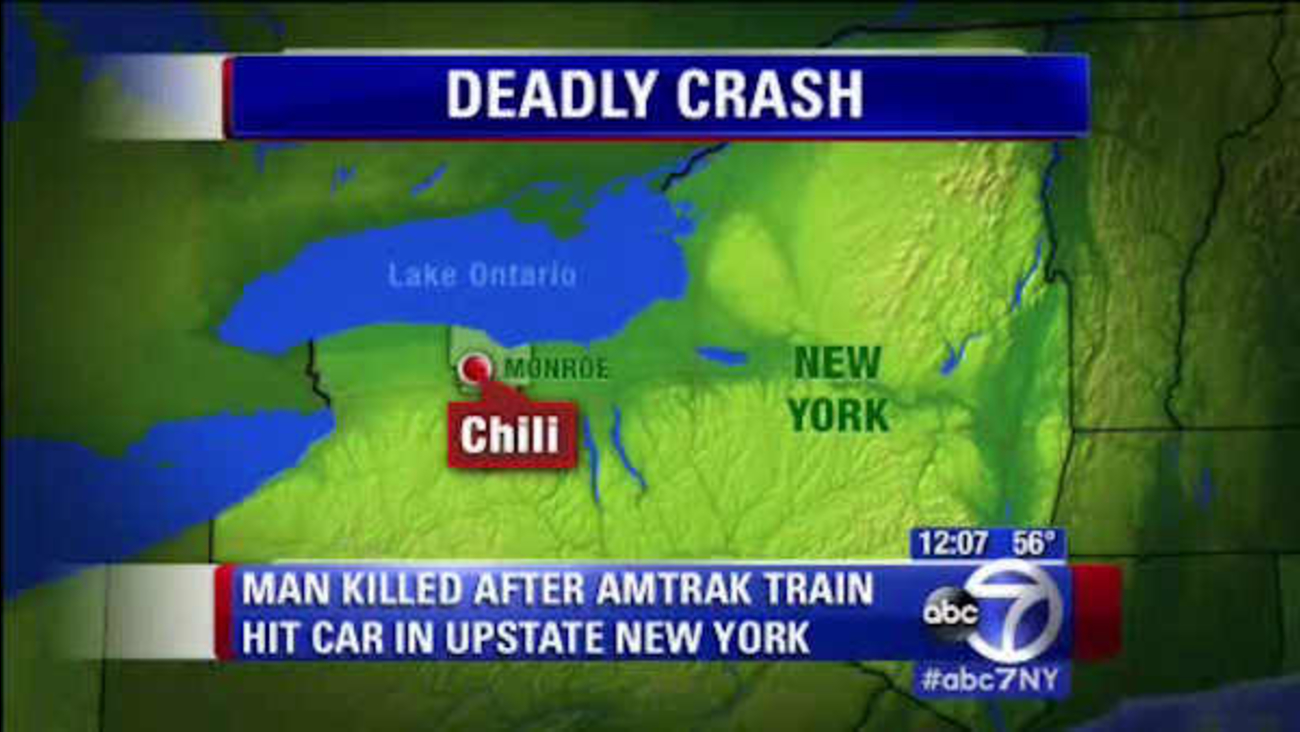 CHILI, NY -- An upstate New York man was killed instantly Monday when the car he was driving was struck by an Amtrak train at a railroad crossing, authorities said.

Monroe County Sheriff's deputies said the victim drove around the vehicle in front of him in the suburb of Chili, just west of Rochester, then proceeded around the gate. The train hit the back of his vehicle just before 6 a.m. and spun it around, taking out the back seats of the car.

Deputies said the man, who was not identified, is believed to be in his 20s. The crossing gates were working with the arms down and cautionary lights activated, deputies said.

Amtrak officials said none of the 21 passengers or four crew members on the train from Niagara Falls to New York City was injured.

Investigators said the victim was familiar with the area. It's believed he was headed for work.

Amtrak said the track re-opened at about 9:30 a.m. Monday.