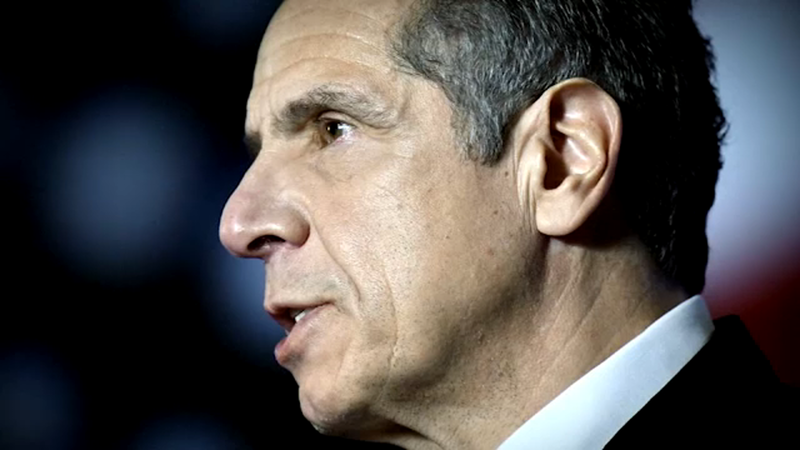 NEW YORK (WABC) -- The New York States Assembly judiciary Committee is giving Governor Andrew Cuomo one more week to submit any additional evidence as it moves toward potential articles of impeachment against him.

The committee has submitted the following request to Cuomo's attorneys:

"We write to inform you that the Committee's investigation is nearing completion and the Assembly will soon consider potential articles of impeachment against your client. Accordingly, we invite you to provide any additional evidence or written submissions that you would like the Committee to consider before its work concludes. To the extent that you wish to share any such materials with the Committee, please do so by no later than 5:00 pm on August 13, 2021."

Cuomo's spokesman, Rich Azzopardi, said in a statement that the governor would cooperate.

"The Assembly has said it is doing a full and thorough review of the complaints and has offered the Governor and his team an opportunity to present facts and their perspective," he wrote. "The Governor appreciates the opportunity."

The Judiciary Committee has scheduled its next meeting on the matter for Monday.

The news comes as a fifth New York district attorney is now asking for information in connection with the Attorney General's investigation of Governor Andrew Cuomo, and as the governor's first accuser says she's planning to file a civil suit against him.

Former Cuomo aide Lindsey Boylan was the first to accuse the governor.

Now her attorney is speaking out, saying they are not waiting for the assembly or district attorneys across New York to take action.

They are going after the governor in civil court.

"Our plan is to sue the governor and his and his coconspirators," said Jill Basinger. "One of the things that bothers me the most about this is how many people worked in concert with the governor in order to discredit Lindsey without knowing the truth - even though people had suspicions, and people knew how hard the governor's office was. But everyone immediately came out against her and did everything they could to discredit this very brave woman."

The district attorney from Oswego County is now joining those from Albany, Manhattan, Nassau, Suffolk counties in requesting information from the Attorney General's Office regarding allegations against the governor - and asking for the victims to come forward.
EMBED More News Videos

Jim Dolan has more on the fallous from the AG report into Gov. Andrew Cuomo.

We did not hear from Cuomo himself Wednesday, but we certainly heard from many others in the Democratic Party.

State Democratic Chairman Jay Jacobs, one of the governor's closest allies, is now calling on him to resign.

According to an Associated Press poll, 82 of the New York State Assembly's 150 members say they will authorize an impeachment trial. Only 76 votes are needed.

State lawmakers say it is not a question IF they will hold an impeachment hearing - the question is just how it will be done.

A Marist poll released Wednesday shows 59% of New York voters want Cuomo to resign now. Only 32% say should serve out the remainder of his term.

Today one Republican candidate for governor, Andrew Giuliani, is expected to hold a rally outside the governor's office calling for him to face criminal prosecution.