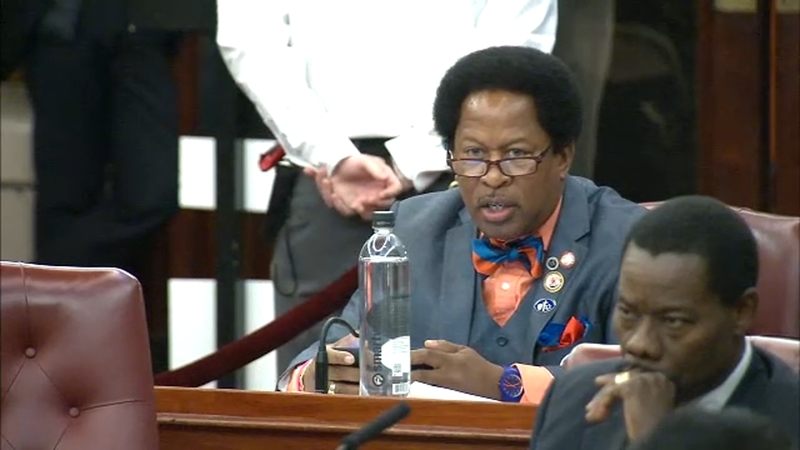 The council's Ethics Committee voted last week to recommend his expulsion, which required a two-thirds majority to approve.

The committee found that allegations of misbehavior were substantiated, such as harassing staff, asking for a $2,000 kickback, and not undergoing training.

"Today is a sad day for the New York City Council," Council Speaker Corey Johnson said. "Drastic action is now our only option."

The council previously held a vote to expel King back in October of 2019, but it failed to pass.

King pleaded for his political life during the hearing, claiming he has been unfairly targeted for political reasons.

He is the first councilperson to be expelled since the city charter was revised in 1989, and Johnson's office believes it would be the first expulsion ever to be decided by the council -- an indication of the severity of the action.

"This is not a decision to be made lightly, but Council Member King has given us no alternative," Johnson said. "This is the third time this committee has had to discipline the Council Member, and yet he continues to show a blatant disregard for the rules and policies put in place to protect staff and the integrity of this body, including undermining the monitor who was imposed to try and correct his egregious behavior."

King, from the Bronx, allegedly created a culture of fear in his office. He has never apologized or admitted wrongdoing, but his fellow councilmembers called his conduct sickening and deplorable.

In a recent 48-page report, he was accused of conveniently holding a retreat in the Virgin Islands at the same time as his wife's daughter's wedding.

He allegedly retaliated against staffers who cooperated in the probe.

He also reportedly made homophobic remarks comparing gay people in the Pride March to pedophiles.