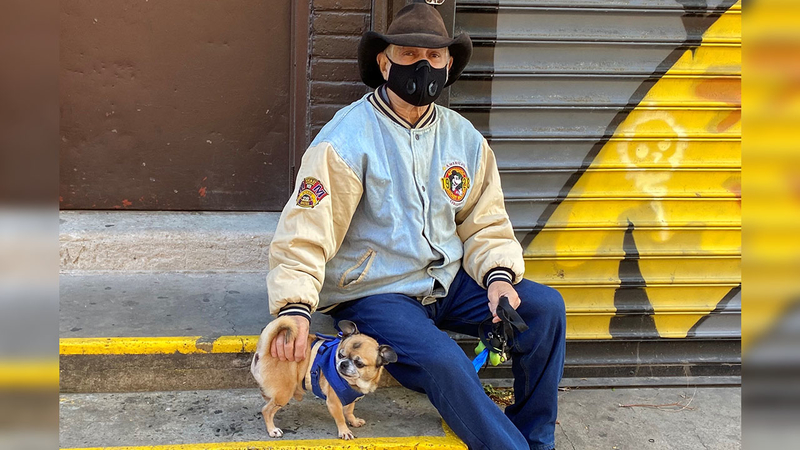 BRONX, New York City (WABC) -- A rally is being held in the Bronx Thursday for a beloved community member who was savagely beaten with a golf club last month by area residents with whom he had some sort of feud.

Angel Luis Serrano says he was having some issues with a few people around the corner, so he took the golf club with him on a walk -- the same club that was used as a weapon against him.

He has major headaches and injuries since the attack, which left him with bruises and loose teeth.

"I lived here for 14 years," he said. "And everybody here, I don't have problems with nobody."

But someone apparently had a problem with the 71-year-old as he walked his dogs on September 12 near his Alexander Avenue home.

He says a woman and two men who he had tense moments with in the past started an argument, not allowing him to walk down a path.

It escalated, he says, with them bringing out a bat and another grabbing the golf club that he was carrying.

"He attacked me with a baseball bat," he said.

Friends and neighbors were appalled to learn of the attack.

"I was furious, I was hurt," neighbor Clarisa Alayeto said. "You have to be sick to attack an elderly person. You can't be in your right mind."

While police say one person has been arrested, Alayeto and and others are posting flyers and rallying for what they call full justice for Angel.

"We don't need anybody in this community that's going to be out here attacking elderly people for no reason," community member Joseph Brown said.

Heriberto Vasquez, 34, is charged with second-degree assault, assault with intent to cause injury, criminal possession of a weapon, menacing and harassment.