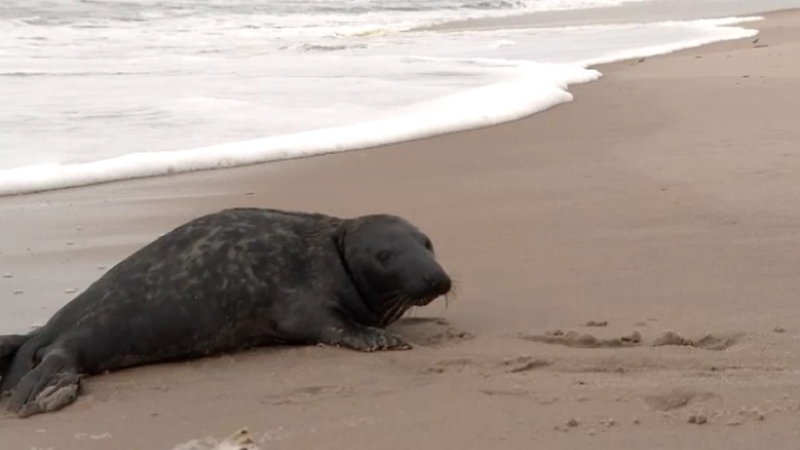 "We followed it. We were in hot pursuit, as they say," said Officer David Santora.

"So we thought that he was feeding, and perhaps just got out to haul out, and probably just kept going in the wrong direction," said Maxine Montello from the NY Marine Rescue Center.

The seal now named "Peconic" had directional challenges through the Peconic River.

The officer's biggest concern was just keeping Peconic safe from some nearby arborvitaes.

Workers from the New York Marine Rescue Center, grabbed the little guy in the trees to make sure he is healthy.

All the workers know is that he turned around for one last close-up, Peconic is not the first seal pup to pop up in a strange place.

"We've had seals go into people's backyards, we've had seals underneath cars so...they do get themselves into trouble, but this is probably the most in town we've ever had," said Montello.