Naveen Dhaliwal has the latest from Borough Park.

GRAVESEND, Brooklyn (WABC) -- The NYPD is stepping up patrols in Brooklyn neighborhoods with large Jewish populations after an uptick in possible anti-Semitic incidents.

As many as eight suspected anti-Semitic incidents are being investigated, the most recent happening Friday morning.

Gov. Andrew Cuomo released a statement on Saturday expressing disgust at the spate of crimes, many of which have occurred during Hanukkah.

"The cowards responsible for these despicable attacks are trying to inject fear into our Jewish communities, but New Yorkers will always band together and categorically reject anti-Semitism whenever it rears its ugly head," Cuomo's statement said.

The NYPD's Hate Crimes Task Force is investigating the spate of incidents.

The incidents include one on Wednesday on 13th Avenue in Brooklyn.

A 40-year-old man dressed in traditional religious Jewish clothing was walking home when an unknown person approached him and blocked his path, cops said.

The victim attempted to let the man pass and proceeded to walk around him when the man punched him in the face before fleeing toward 13th Avenue and 48th Street.

The victim sustained a laceration to his lip. He refused medical attention.

The attacker is described as a man with dark hair and light complexion who is about 5 foot 8 inches tall.

He was last seen wearing a gray hooded sweatshirt, jeans and black sneakers.

Chief of Detectives Rodney Harrison said of the crime wave that began on Dec. 13: "We treat them very seriously and we make sure that our investigators do their best to do what we can to bring the individuals to justice."

In other incidents later in the week, a man wearing a hoodie walked into Lubavitch World Headquarters on Eastern Parkway in Crown Heights at 7 a.m. Friday and said he was going to shoot up the place. The man then walked away toward the Utica Avenue subway station.

Earlier Friday, a group of three women reported being harassed and slapped on Kingston Avenue in Crown Heights.

Tiffany Harris, 30, was arrested on a hate-crime harassment charge.

Besides making officers more visible in Borough Park, Crown Heights and Williamsburg, police will boost visits to houses of worship and some other places, the mayor tweeted.

"Anti-Semitism is an attack on the values of our city - and we will confront it head-on," he wrote.

"Anyone who commits a hate crime, we will find them and we will prosecute them - no exceptions," de Blasio said after the meeting.

Other incidents include an attack on a Jewish mother who was hit in the head while walking with her son in Brooklyn on Thursday afternoon.

The hateful act happened in the quiet area of West 6th Street and Avenue S in the Gravesend section.

Police say the 42-year-old female suspect shouted an anti-Semitic slur and then beat the woman with her bag.

On Monday, a Miami man was charged with hate-crime assault after police said he made an anti-Semitic remark and attacked a man in midtown Manhattan. The 65-year-old victim was punched and kicked, suffering cuts, police said.

He had been wearing a yarmulke, according to former state Assemblyman Dov Hikind, who has founded a group dedicated to combating anti-Semitism.

Steven Jorge, 28, is being held without bail, and a judge ordered a psychiatric exam for him, court records show.

All this followed the tragic murders earlier this month inside a Jersey City kosher supermarket.

"The overall Jewish community was reeling from what happened in Jersey City. Now to have to deal with this during the holiday season-during Hanukkah is so difficult," said Evan Bernstein, of the Anti-Defamation League. "I've already been in contact with a lot of Jewish leaders in the region and they're telling me just how fearful their constituents and congregants are."

Eyewitness News has found there has been a 53 percent increase in anti-Semitic hate crimes in New York City this year compared to the same time last year.

If anyone has any information about any of these or other incidents, they are asked to call Crime Stoppers at 1-800-577-TIPS. 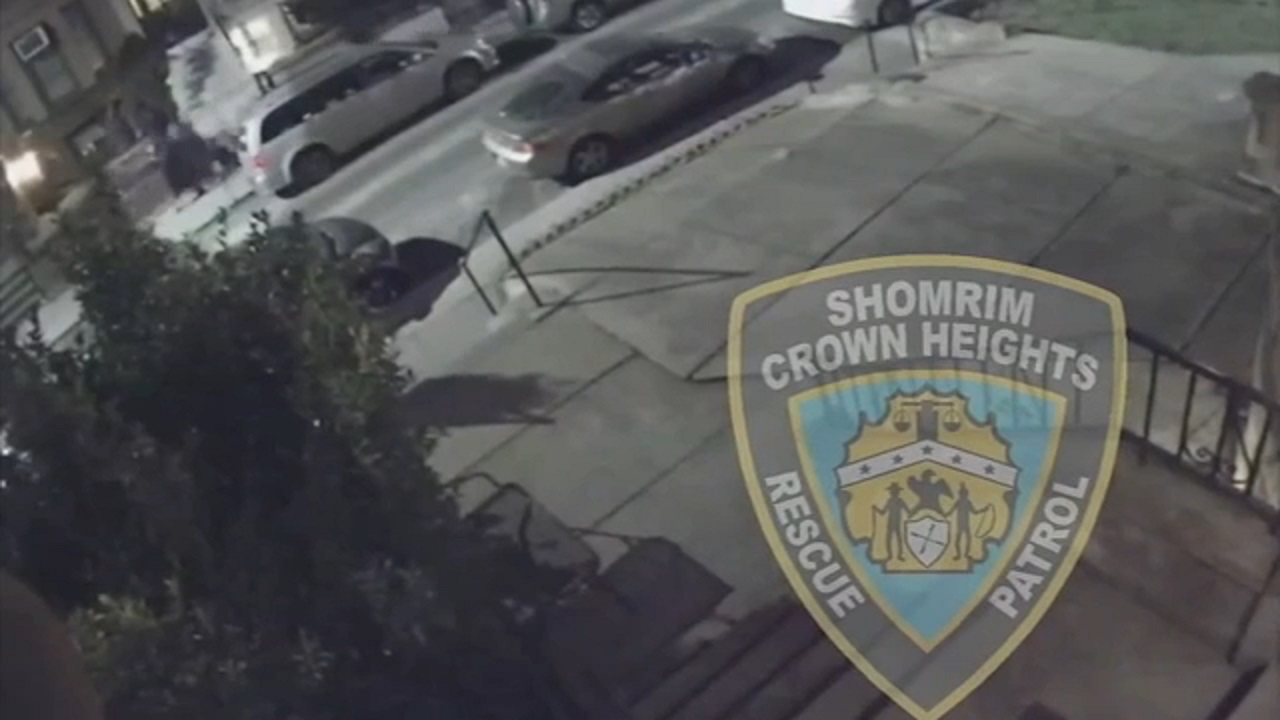