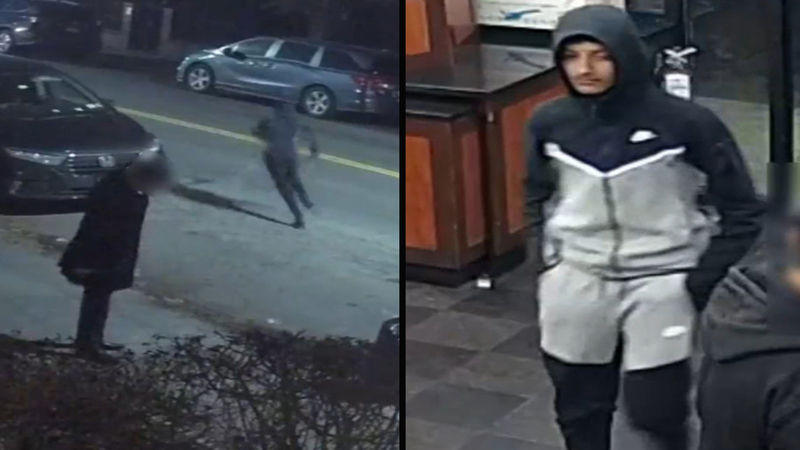 FLATLANDS, Brooklyn (WABC) -- The NYPD Hate Crimes Task Force is investigating after a man slapped a yarmulke off the head of a stranger in Brooklyn, and they're hoping surveillance video will lead to an arrest.

It happened just after 10:30 p.m. on Avenue L near East 32nd Street in the Flatlands section.

The 22-year-old male victim said the unknown suspect stepped out of a vehicle and asked him for directions.

He answered the man, who then slapped him in the face, knocking the victim's yarmulke off of his head.

He then jumped back in the vehicle and fled the scene.

The victim suffered redness and pain to his face but refused medical attention.

The suspect was later caught on camera at a gas station on Nostrand Avenue with another man, as well as on video inside a convenience area of the gas station.

"Make no mistake, an attack on our Jewish community is an attack on every New Yorker," Mayor Eric Adams said on Twitter. "We will catch the perpetrators of this assault."

@NYPDHateCrimes is investigating this attack, and make no mistake an attack on our Jewish community is an attack on every New Yorker. We will catch the perpetrators of this assault.