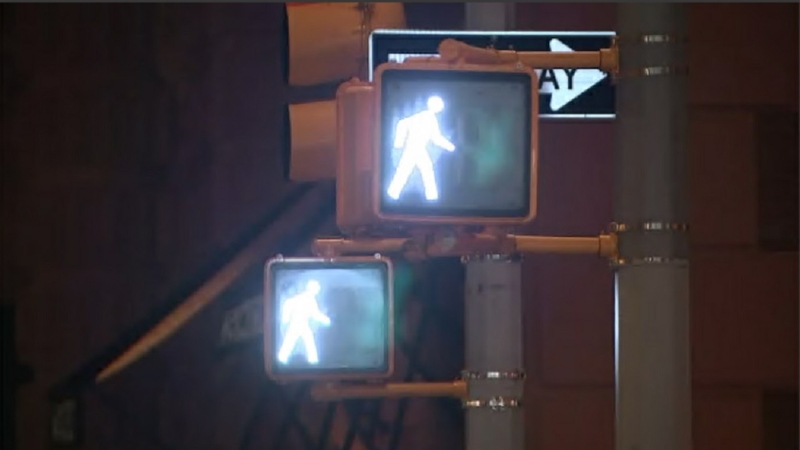 UPPER WEST SIDE, Manhattan (WABC) -- What should have been a routine walk on the crosswalk at 79th Street and Amsterdam Ave. one January afternoon for Rabbi Erica Gerson, turned ugly with the regular crossing guard.

"It was pick-up time and I was crossing as always do with my nine-year-old," Gerson said, "I overheard her describing one group of kids as 'those Jewish kids,' and I thought that was strange."

'Strange' was putting it lightly when the crossing guard, unprovoked - turned on Gerson and her daughter.

"She called us 'nasty people, now we know why there's no peace in the Middle East,' and along with that she cursed a Kosher establishment," Gerson said.

The guard reportedly went on an Anti-Semitic tirade that lasted from the middle of the intersection up the block.

"We stood there and looked at her and said 'I see you looking at me, let's see you put a hand on me,' the whole thing was totally surreal," Gerson added.

Immediately, Gerson filed a police report. The crossing guard, who is not being named, has been removed from her post as an investigation continues.

The NYPD released a statement saying,

"Anyone who has taken an oath to serve in the NYPD is expected to act as a role model for our children and families. The NYPD does not tolerate discrimination in any form, particularly if it is rooted in hate speech or a bias against individuals."
It was the message that Gerson, a mother of four, needed to hear to ensure the safety of all children.

"The police were incredibly supportive and it was great for my daughter to see that she is supported and she can raise her voice and make a difference," Gerson said.

Gerson says after she filed her police report, she learned of three other incidents. She is hoping more people speak up when they experience any prejudice. She says it is the only way to tackle its ongoing problem.