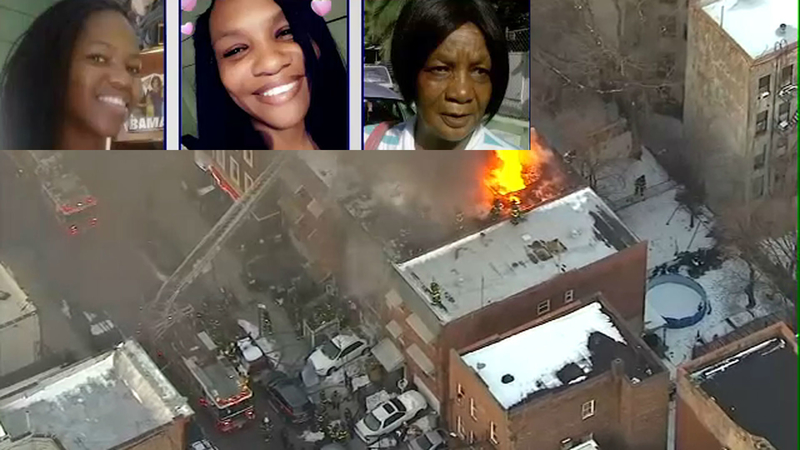 The fire broke out around 6:15 a.m. inside the second floor of the Holland Avenue building and quickly spread throughout the building.

All occupants in the three apartments are members of the same family. According to two brothers who live on the first floor, the fire started in the rear of the apartment and they tried to use a fire extinguisher but it didn't work.

Onlookers watched the dramatic moment a firefighter climbed on top of a car to remove the woman who landed on top of it.

Residents jumped from the second and third-story windows with victims found in the front and rear of the building.

The rest of the injured refused medical attention or were treated at the scene and released.

The cause of the fire is under investigation, but at this point does not appear criminal.