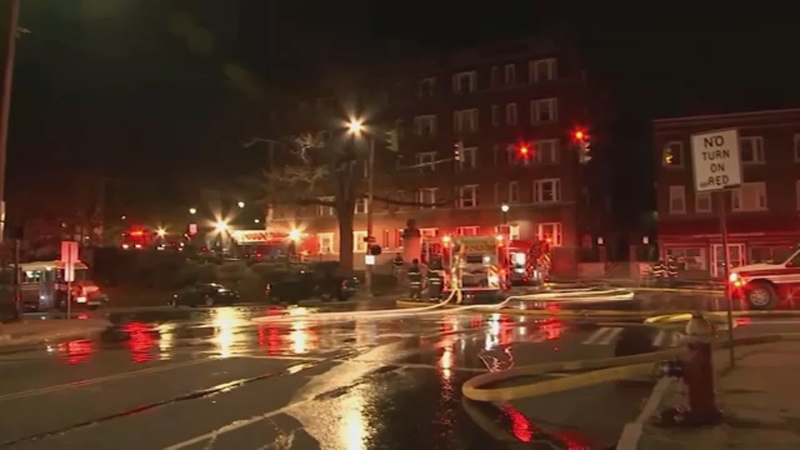 HARTFORD, Connecticut (WABC) -- A Connecticut woman is accused of starting a fire at a five-story apartment building that left one man dead and dozens of residents injured, police said.

The blaze was reported at a five-story apartment building in Hartford around 1:20 a.m. Sunday, fire Chief James Errickson said.

Authorities identified the man who died as Jerome Kyser, 50, who lived in the building.

Mayor Luke Bronin's office said 31 residents were treated at a hospital and more than 60 families were displaced.