Multiple arrests made in Bronx shooting near deli 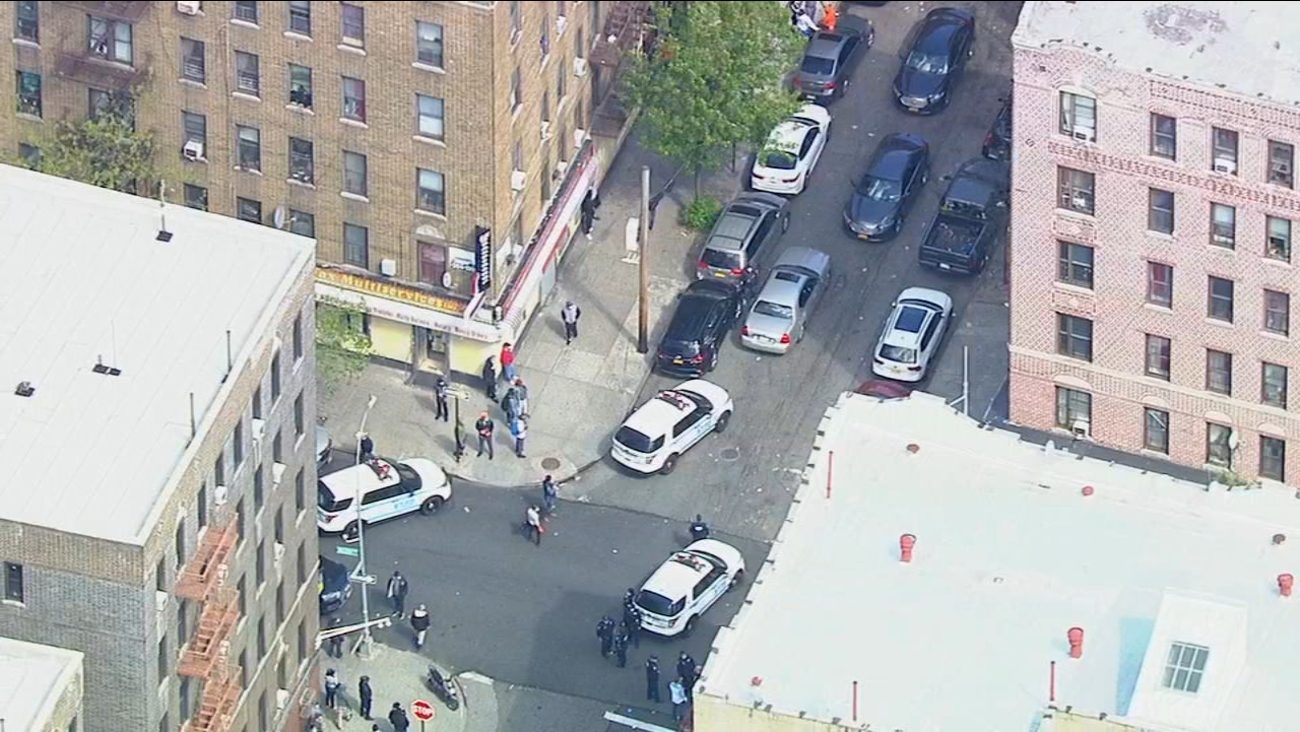 BRONX, New York City (WABC) -- Multiple arrests have been made in the Bronx shooting that resulted in one person being shot and another hospitalized with a head injury.

The incident happened near a deli around 2:30 p.m. at Elliot Place and Walton Avenue.

Police say the shooting stemmed from a verbal altercation and ended with a 23-year-old man shooting a 39-year-old Rafael Vasquez in his legs.

Jose Rivera, the gunman who attempted to flee but was held down by a crowd for police, was charged with attempted criminally negligent homicide, as well as weapons possession and other charges.

Vasquez, who was in possession of cocaine, was charged with drug possession.

22-year-old Jomar Contreras, who apparently picked up a high capacity magazine and several boxes of ammunition following the shooting, was charged with possession of ammunition.

The gunman suffered head injuries, though it is unclear at this time if he was also shot.