Asian American veterans honor those who made ultimate sacrifice

"We are Americans just like anyone else," U.S. Army Veteran Frank Gee said. Lauren Glassberg reports.

NEW YORK CITY (WABC) -- As we approach Veteran's Day, these veterans presented a wreath and honored those who've gone before them.

Soldiers and sailors of Asian descent gathered at the 107th Infantry Memorial next to Central Park on Thursday for a wreath-laying ceremony.

Most of these men served in Vietnam, but Asian Americans have long fought for the U.S.

Evidence dates back to Asian Americans serving in the War of 1812 and some may have served as far back as the Revolutionary War.

"We are Americans just like anyone else," U.S. Army Veteran Frank Gee said.

But recently Asian Americans have been targeted with hate crimes ticking up since the beginning of the pandemic.

"There's a saying, America good or bad is America it's my America," Gee said.

These men are loyal to their country and proud of their Asian heritage.

This is why they're all wearing a gold ribbon, similar to what their counterparts in Canada are doing, to signify Asian pride.

The veterans chose the 107th Infantry Memorial for their ceremony in part because one of the soldiers who fought and died in the regiment was Alexander Kin, the son of a Chinese immigrant.

Kin died while fighting in France during World War I. His mother was the first Chinese person to earn a medical degree in the US and even introduced tofu to this country.

The veterans hope to open up dialogue about the contributions Asian Americans have made to the U.S. throughout history, some making the ultimate sacrifice. 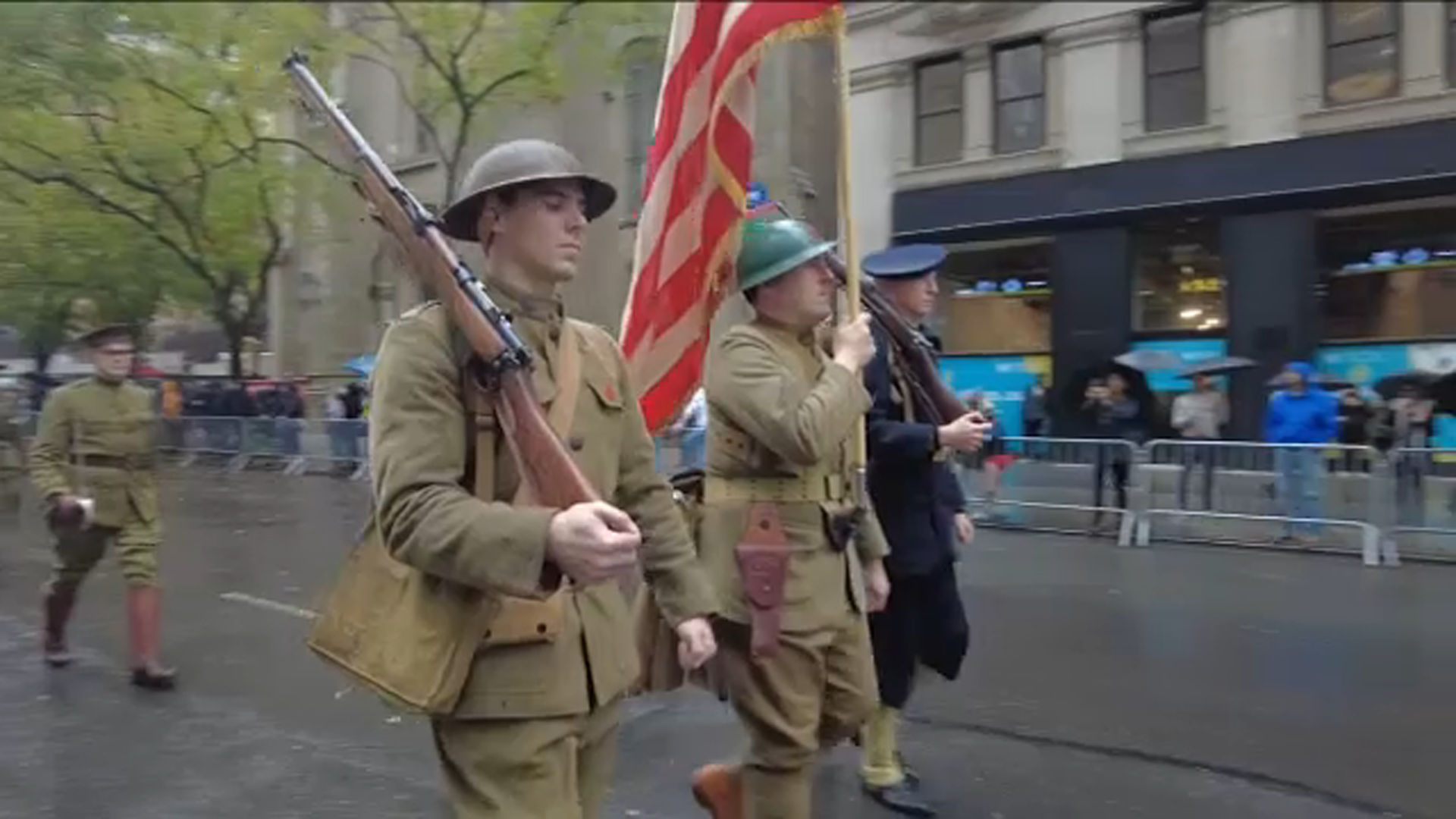