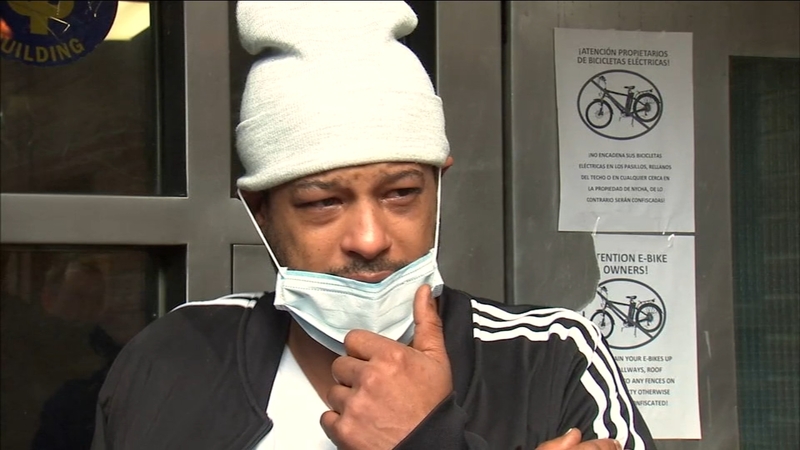 Man rescued from on-coming train talks about the traumatizing incident

FORDHAM, The Bronx (WABC) -- A man who was assaulted and nearly killed by an oncoming train is slowly recovering from his injuries, but the mental trauma he sustained from that night is far from healed.

"It's not suicidal, but sometimes I think there's no reason to live anymore after this happened to me," Noel Soto said.

The 39-year-old father of two spoke to Eyewitness News about the incident that changed his life forever.

Soto was on the platform at the Fordham Road station in the Bronx around 2 a.m. New Year's Day when he noticed a group celebrating nearby.

In good spirit, Soto approached the group and joined in New Year's Eve revelry by blowing a horn.

The strangers told him to stop, and then three teenagers surrounded him. They began to fight on the platform and Soto blacked out.

"I started fighting with tumbling around with them and after that, that's all I know," Soto said.

What Soto doesn't remember is falling onto the tracks as a D train was approaching the station.

That's when 36-year-old Roland Hueston, who saw the fight unfold, jumped into action. Hueston was able to move Soto out of the direct path of the train, but he was hit before he could get himself to safety.

"I think about him every day," Soto said. "Every night I have nightmares. I'm not myself anymore. If I don't know a person, I can't be near them."

Soto woke up in the hospital hours later with 60 staples in his arm and a metal plate.

Since the incident, two teenagers have turned themselves in and police arrested one other.

Charges against them include murder, attempted murder, manslaughter, robbery, and gang assault.

Police say they're looking for at least eight other members of the group that assaulted Soto.

Soto has since filed a notice of claim against the MTA.

"We are aware there is video of this gang hoping the turnstile, entering the subway in an aggressive manner and no one from the transit authority did anything to summon help for my client," said Soto's attorney Daniel Smyth.

A spokesperson from the MTA said they cannot comment on the pending litigation.