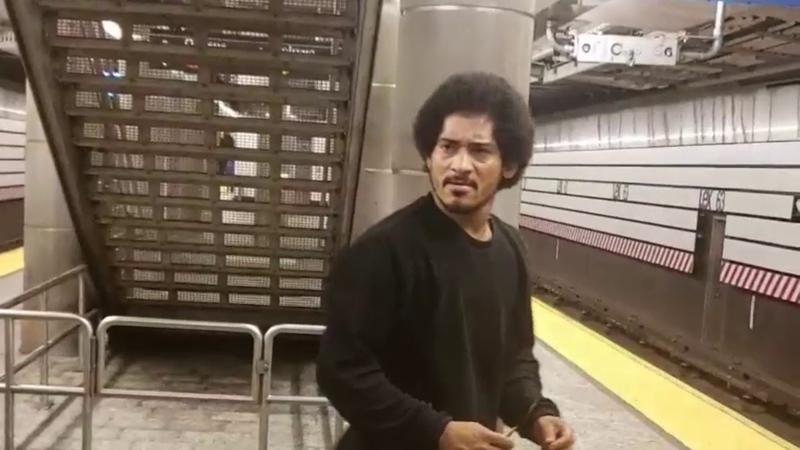 UPPER EAST SIDE, Manhattan (WABC) -- Police have charged a man who is accused of attempting to rape a woman at an Upper East Side subway platform in the middle of the day.

The incident was reported Saturday inside the Lexington Avenue and East 63rd Street subway station around 11 a.m.

The 25-year-old victim was on the platform when the man approached her and pushed her to the ground.

The victim said she first noticed the suspect when they were on the same train and she noticed him smoking something. She told police she got off the train in an attempt to get away from him and he followed her onto the platform.

Jose Reyes, 31, continued to follow her before pushing her, punching her and climbing on top of her, officials said. NYPD Chief Rodney Harrison said it was a "heinous" crime.

A group of bystanders intervened and Reyes ran away.

Authorities say Reyes does have a prior arrest history, and some of those crimes did take place within the transit system.

Officials say three Crime Stoppers tips, as well as bystander video, were instrumental in apprehending him.