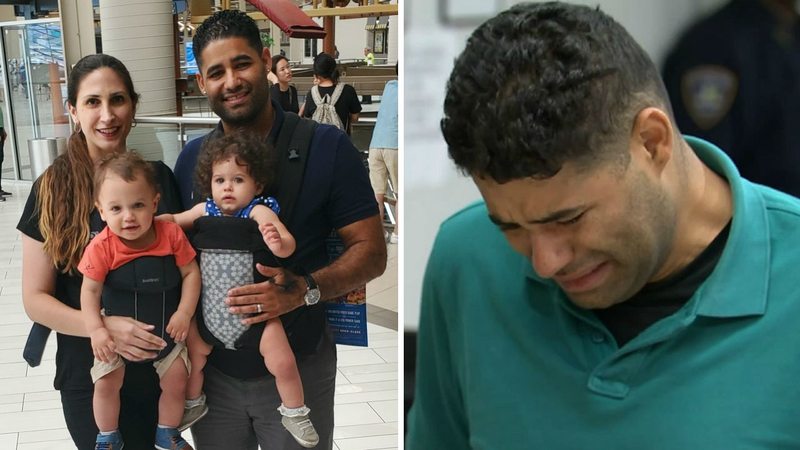 MELROSE, The Bronx (WABC) -- A father whose young twins died after being left in a sweltering car returned to court for a third appearance Tuesday.

Juan Rodriguez, 39, faced several charges, including manslaughter, after police said he left his 1-year-old twins inside his car for eight hours in late July, telling investigators he forgot to drop the babies off at daycare when he went to work.

There still has not been any grand jury action, but Rodriguez's defense attorney and the Bronx District Attorney's Office are in the midst of lengthy wide-ranging discussions about the case.

Defense attorneys maintain that this was an accident -- and not a crime -- and they're working to prevent this case from going to the grand jury. They were very clear to say that they are not working on any type of plea deal because there is no admission of guilt terms of a crime.

"We do not believe, based upon Mr. Rodriguez's actions, based upon his life history, based upon his family, based on his relationship, based on all he's done, that this is a crime at all," said defense attorney Joey Jackson during a press conference after his client briefly appeared before a criminal court judge.

That same thing happened in late August, and the defense did not object to the adjournment before holding a news conference maintaining Rodriguez's innocence.

The next court date is October 24.