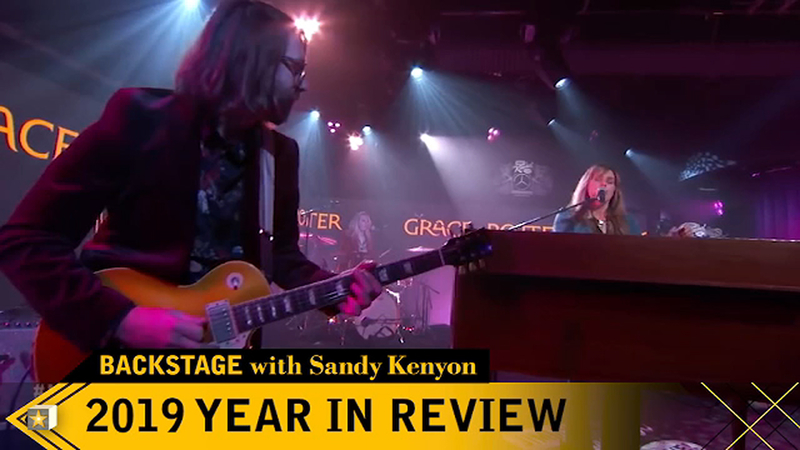 NEW YORK (WABC) -- It was another great year backstage in 2019, from red carpet stars to a rocker's epic comeback.

The pair garnered buzz -- and nominations -- for their roles in the remake of "A Star is Born," Cooper's directorial debut.

"I loved the movie, and I felt really proud of it," Cooper said. "And then I just hoped that even if people didn't like it, I would still feel the accomplishment that I felt, that I set out to do what I wanted to do."

We also caught up with Alec Baldwin to talk about his "Match Game" hosting duties, as well as sat down with Mama Doris and Anthony Anderson to talk "To Tell the Truth" and Tiffany Haddish for her revival of "Kids Say the Darndest Things."

We profiled Aretha Franklin's friend and photographer Linda Solomon about her new book "The Queen Next Door," as well as photographer father Joel Meyerowitz and his art expert daughter Ariel regarding their collaboration "Provincetown."

Finally, Grace Potter detailed her return to music after three years away from the industry, and Eagles guitarist and rock legend Don Felder took us on a tour of rock and roll history at the Metropolitan Museum of Art.

Check out the video above for the full "Backstage with Sandy Kenyon" year in review!