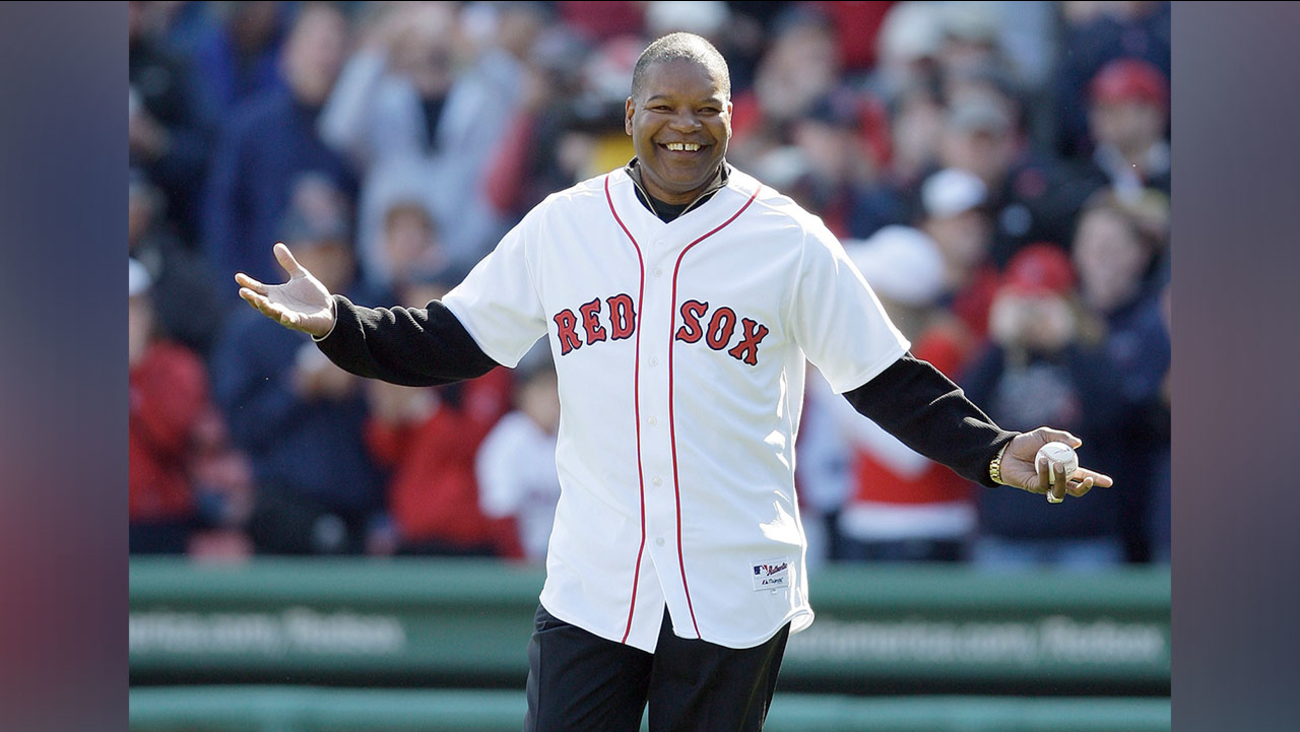 Dave Henderson, the former major league outfielder who hit one of the most famous home runs in postseason history, died Sunday after suffering a massive heart attack. He was 57. (Charles Krupa)

SEATTLE -- Dave Henderson, the former major league outfielder who hit one of the most famous home runs in postseason history, died Sunday after suffering a massive heart attack. He was 57.

Henderson died early Sunday morning at Harborview Medical Center in Seattle, according to a statement from the Mariners, one of five teams Henderson played for in his career. Henderson had a kidney transplant in late October.

Henderson was best known for his home run in the 1986 AL Championship Series for Boston. With the Red Sox one strike from elimination in Game 5, Henderson hit a two-run homer in the top of the ninth against the California Angels to send the series back to Boston. The Red Sox won Games 6 and 7 to advance to the World Series.

"His home run in Game 5 of the 1986 ALCS was a signature moment in Red Sox history, and we shared his unbridled joy when he hopped into the air as the ball cleared the fence in Anaheim," Red Sox President Sam Kennedy said in a statement. "Hendu played just two seasons in Boston, but we always regarded him as one of us, and are grateful for the time we were able to enjoy his talent and infectious personality."

But beyond his memorable playoff moment, Henderson was a reliable contributor to four teams that reached the World Series and played 14 seasons total in the majors. His greatest success came from 1988-91 with Oakland. During that four-year stretch, the A's went to the World Series three times.

"Henderson was an instrumental part of the A's 1989 World Series championship club and an even more impactful member of the A's family and community," the A's said in a statement. "Hendu and his smile will be sorely missed. Our thoughts are with his family."

Henderson began his career in Seattle as the first draft pick in the history of the Mariners franchise in 1977. He made his debut in 1981 and played parts of six seasons with the Mariners. Henderson was traded to Boston during the 1986 season and later played for San Francisco and Kansas City.

"He was a devoted father to his two sons and always willing to help someone in need," Mariners President Kevin Mather said in a statement. "Dave was one of the most popular Mariners in our history, but Dave was also one of the most popular players in Red Sox and A's history. He had a special ability to connect with people, both inside the game and in the communities in which he lived. I never saw him at the ballpark, or on the golf course, without a big smile on his face."

After his playing career ended, Henderson spent time as a broadcaster for the Mariners and ran fantasy camps for A's and Mariners fans. He also raised funds to support research of Angelman Syndrome, a genetic disorder that affected his son Chase.

Henderson was born July 21, 1958, in Merced, California. He is survived by sons Chase and Trent, wife Nancy and his first wife, Loni.