Protesters face off in California over President Donald Trump

Demonstrators on both sides of the debate over President Donald Trump clashed violently in Berkeley Saturday.

BERKELEY, California -- Protesters on both sides of the debate over President Trump's policies, and the direction the nation is taking faced off in Berkeley, California on Saturday.

As of 12:18 p.m., Allston Way between Milvia Street and Martin Luther King Jr. Way was blocked.

Police now say 13 people have been arrested and officers have seized items prohibited from the protest. Some type of gas was released this morning at Martin Luther King Jr. Civic Center Park where the protest started, a police spokesman said. 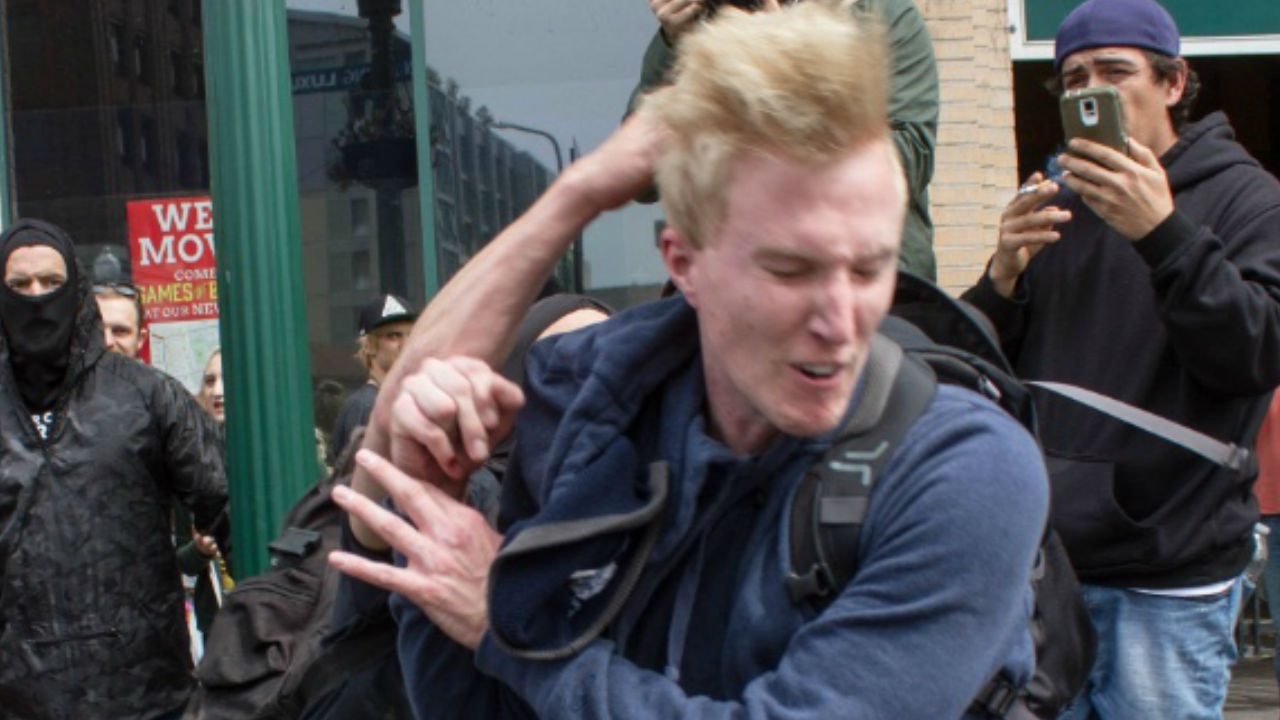 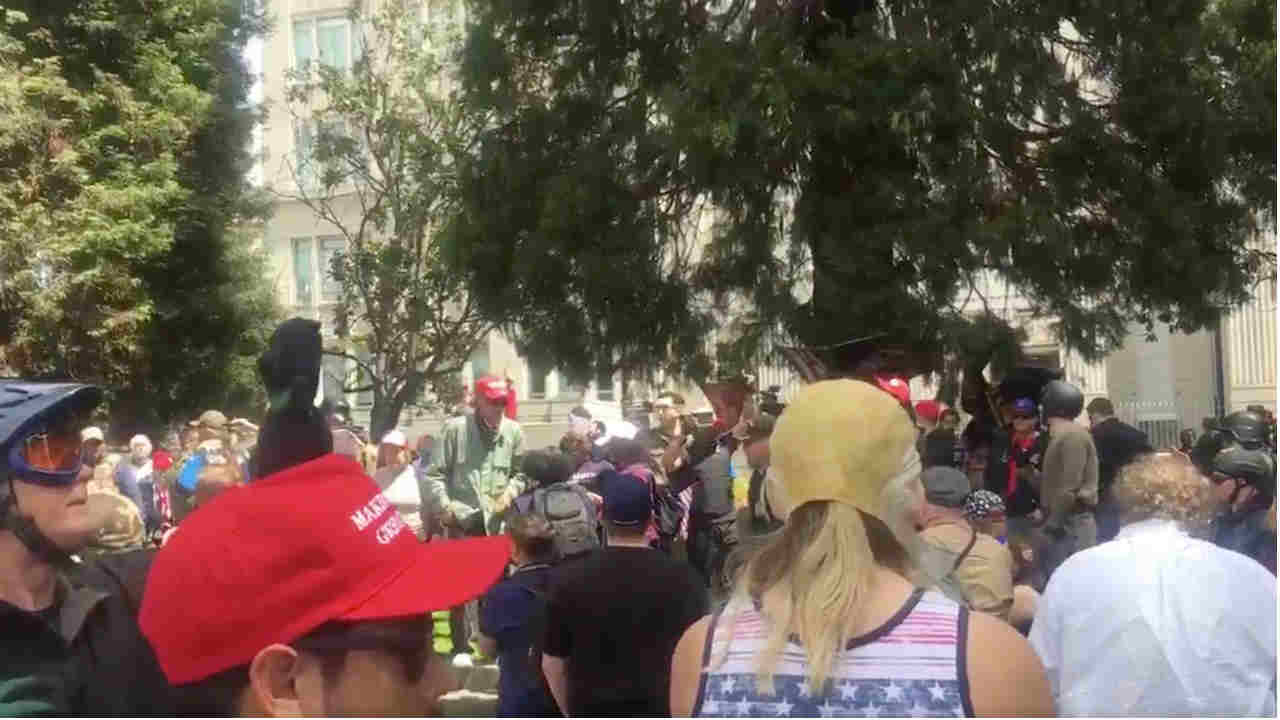 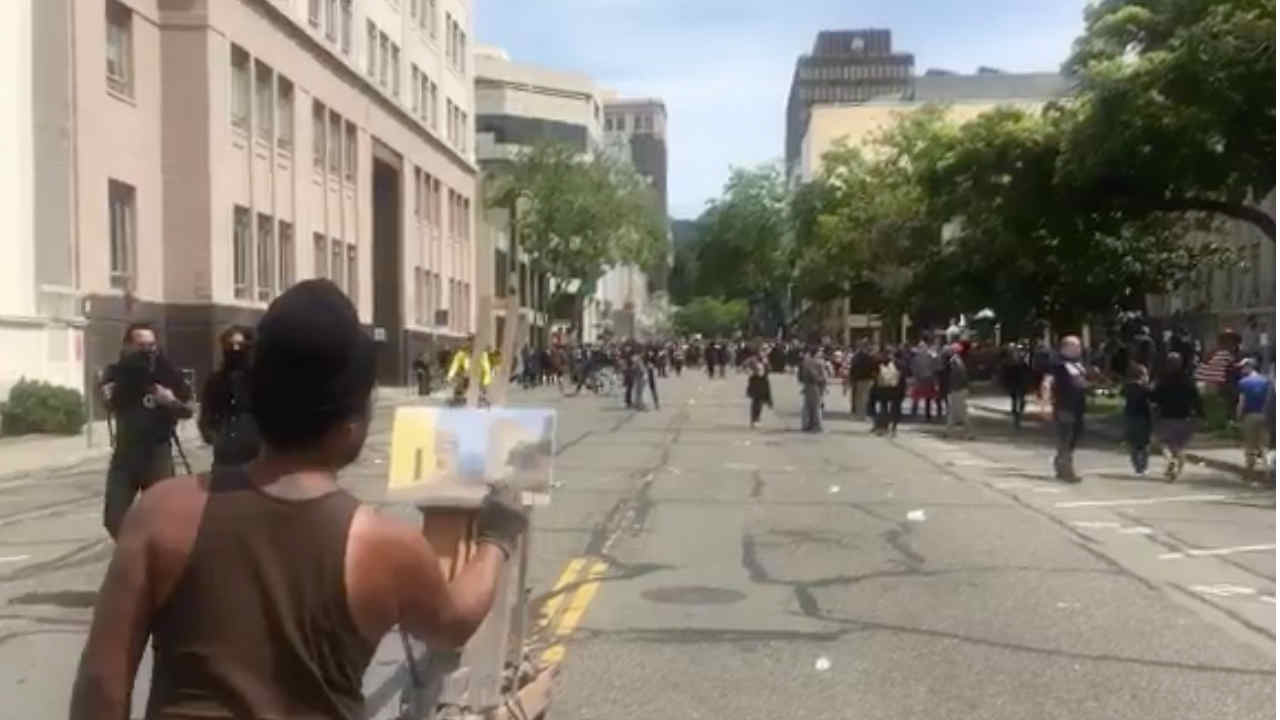 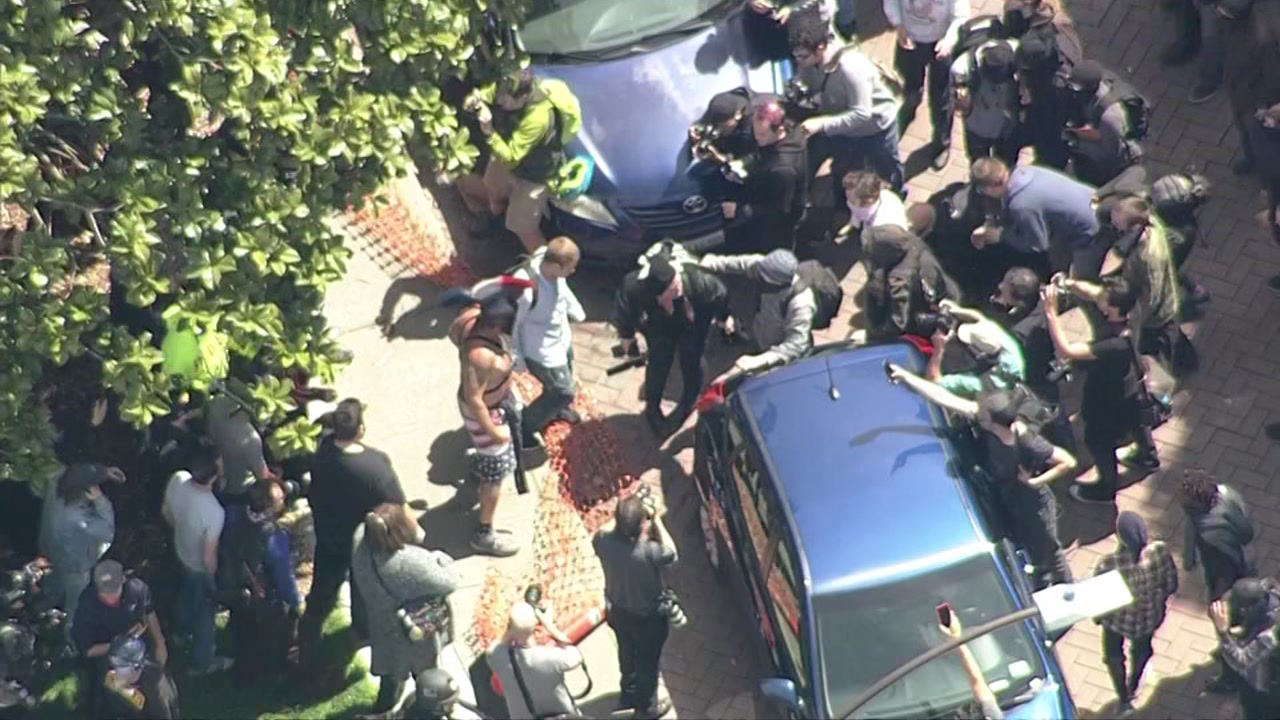 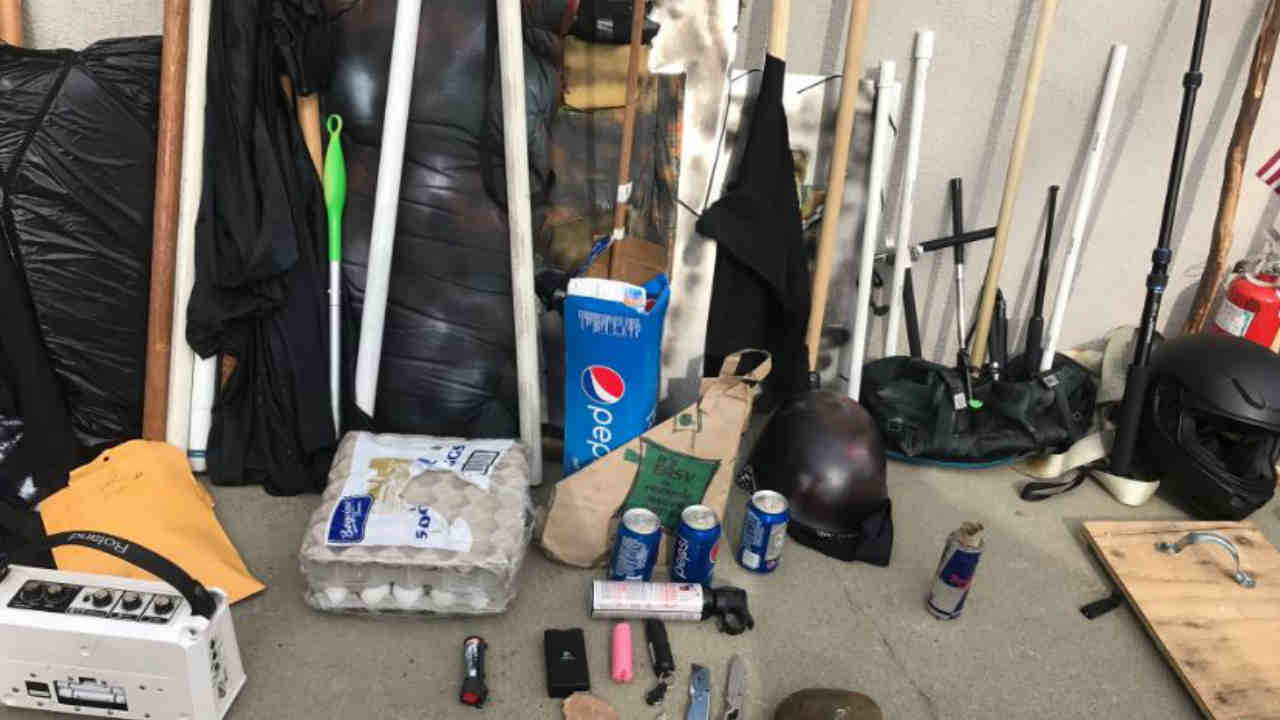 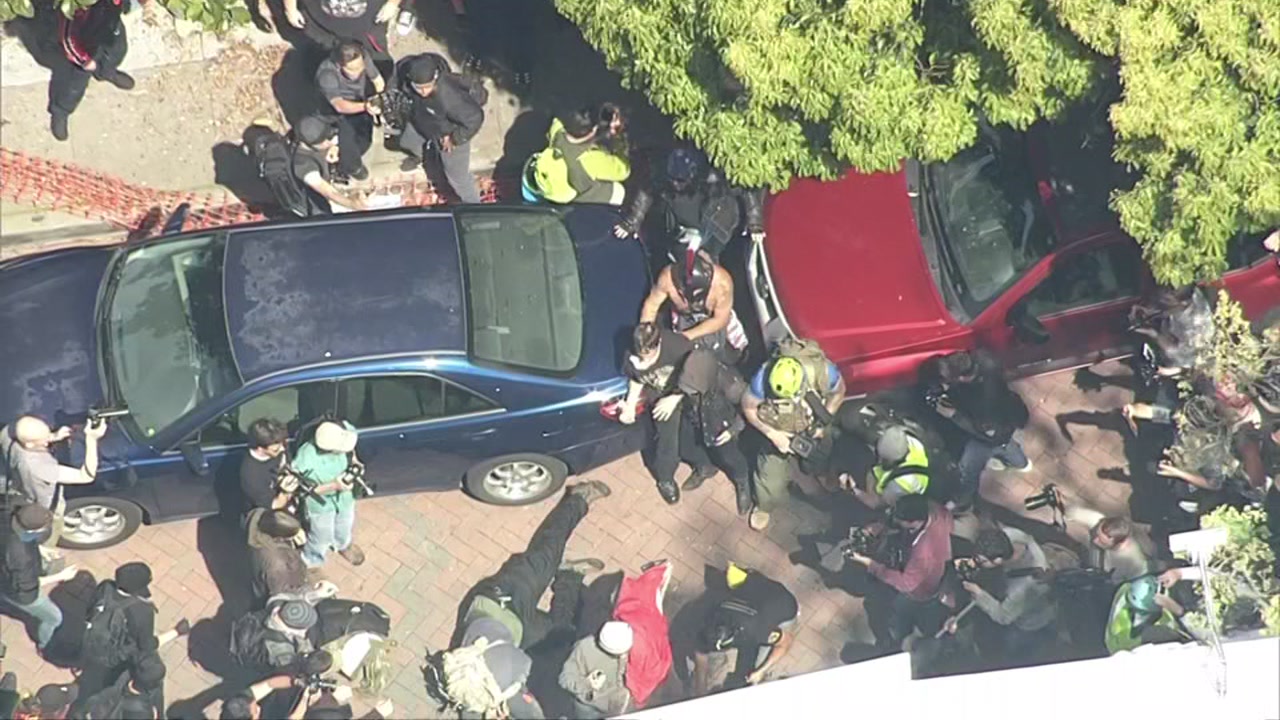 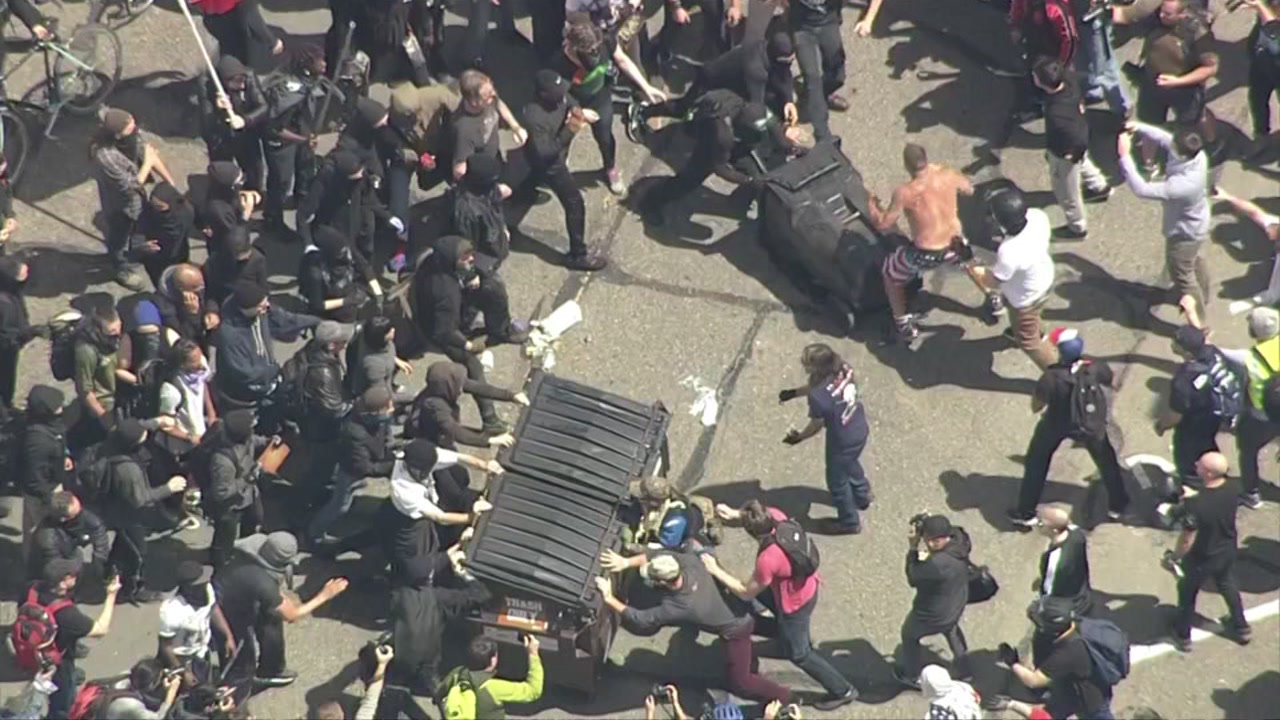 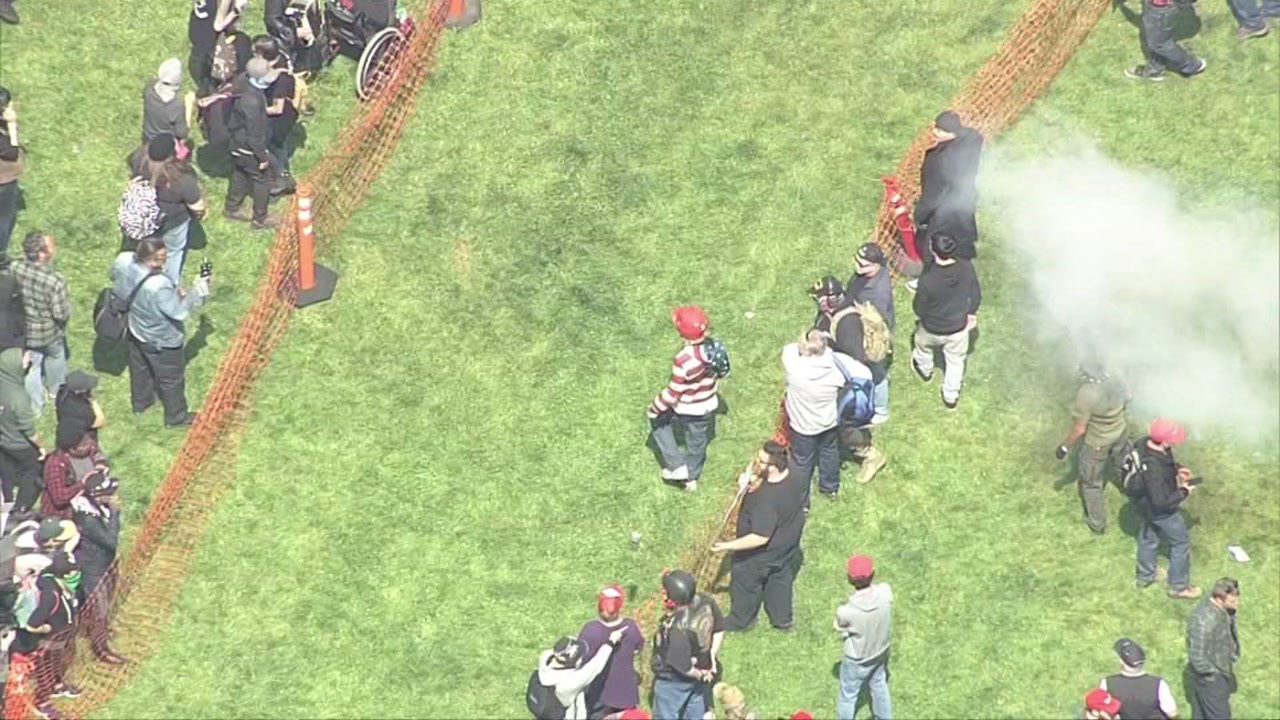 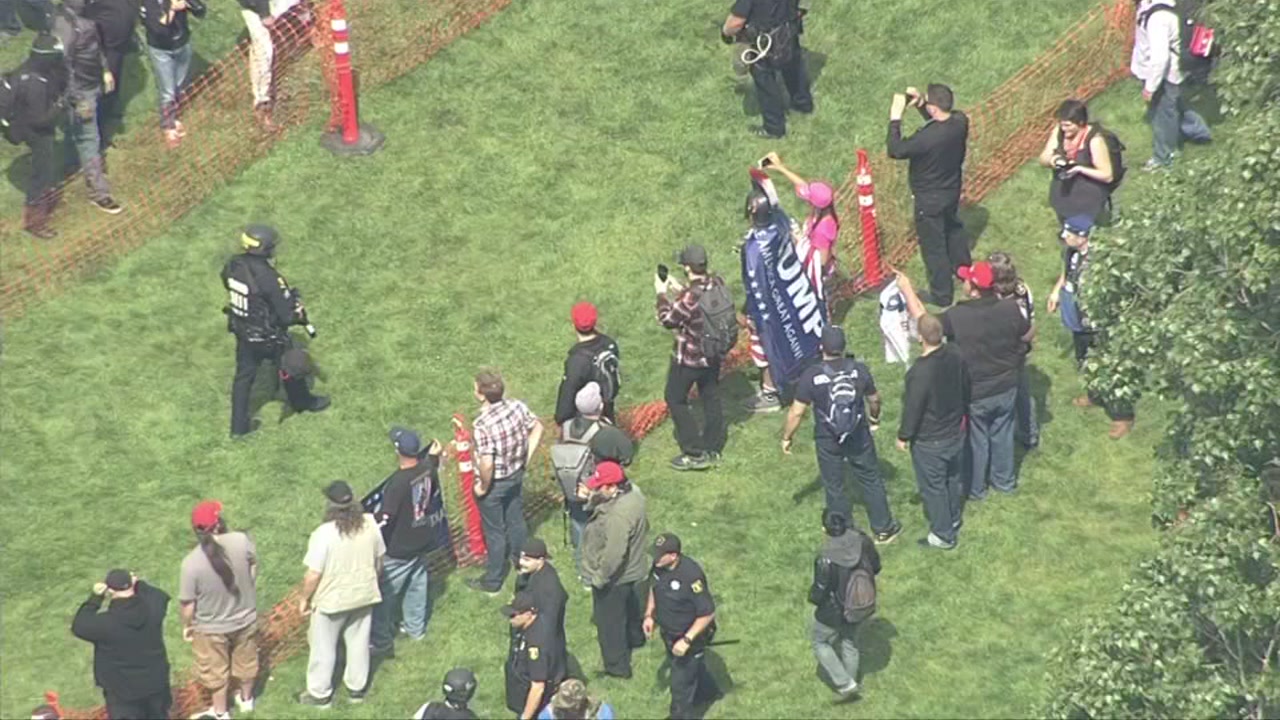 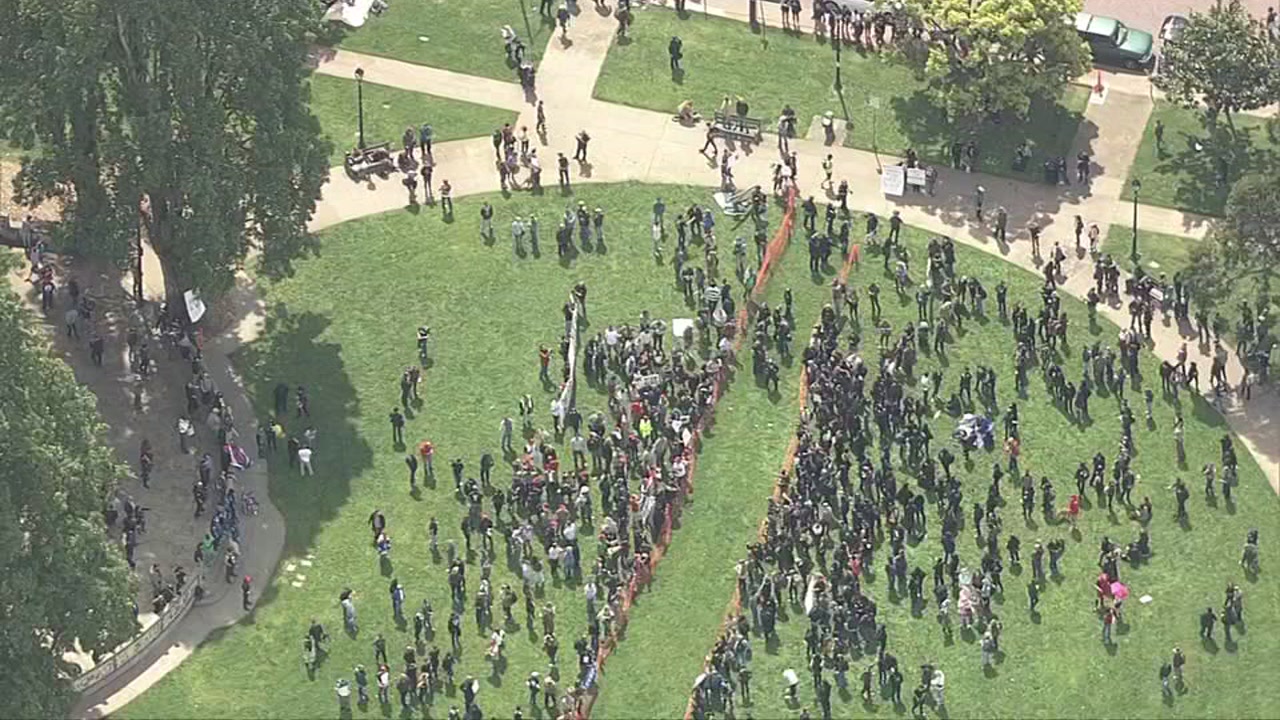 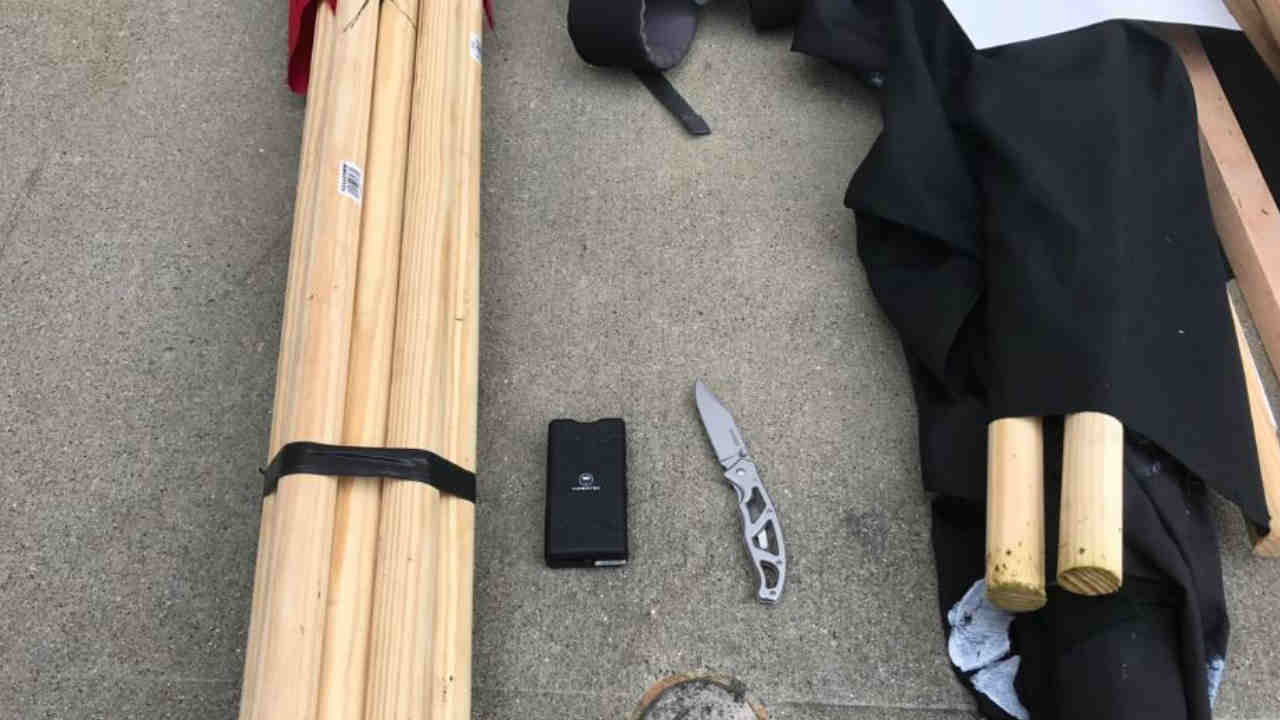 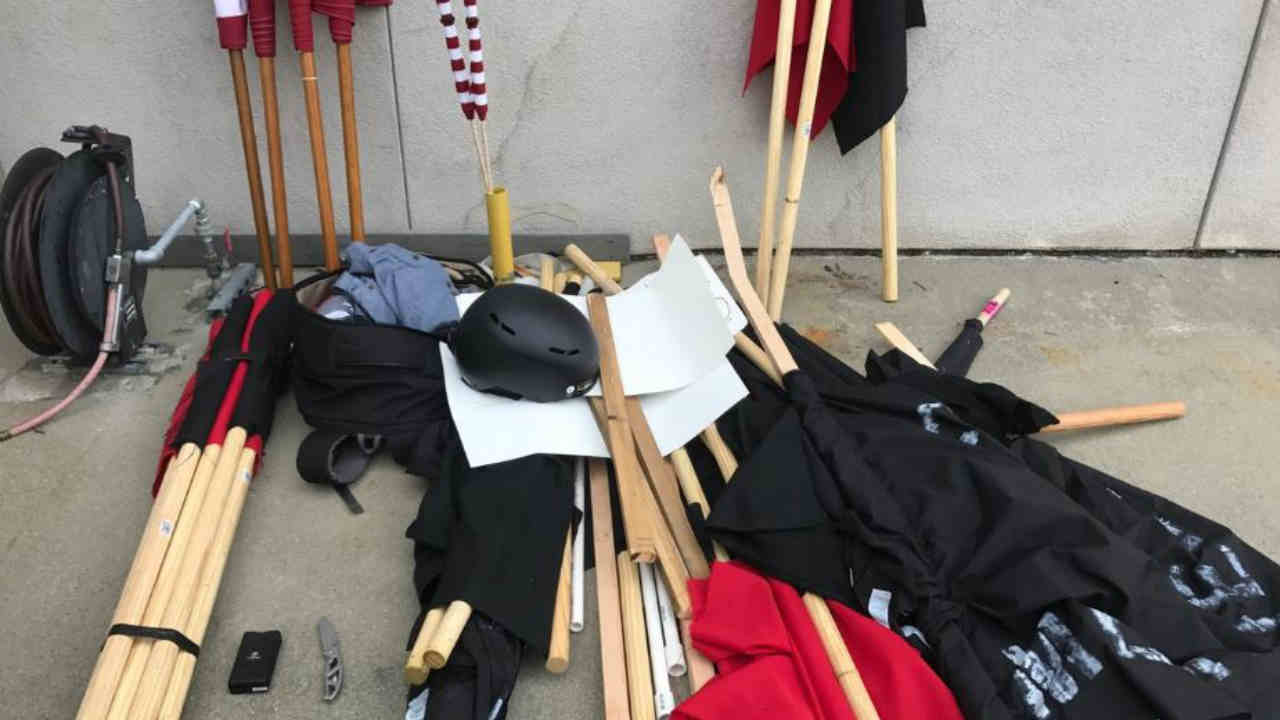 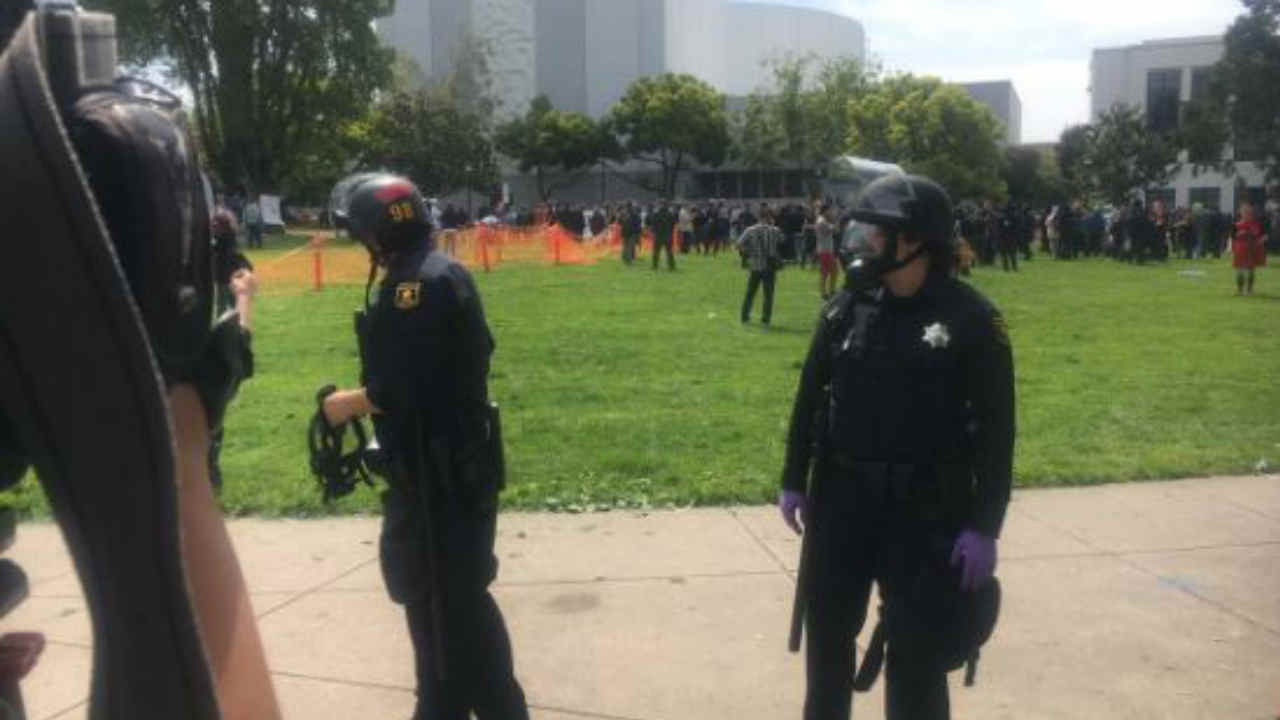 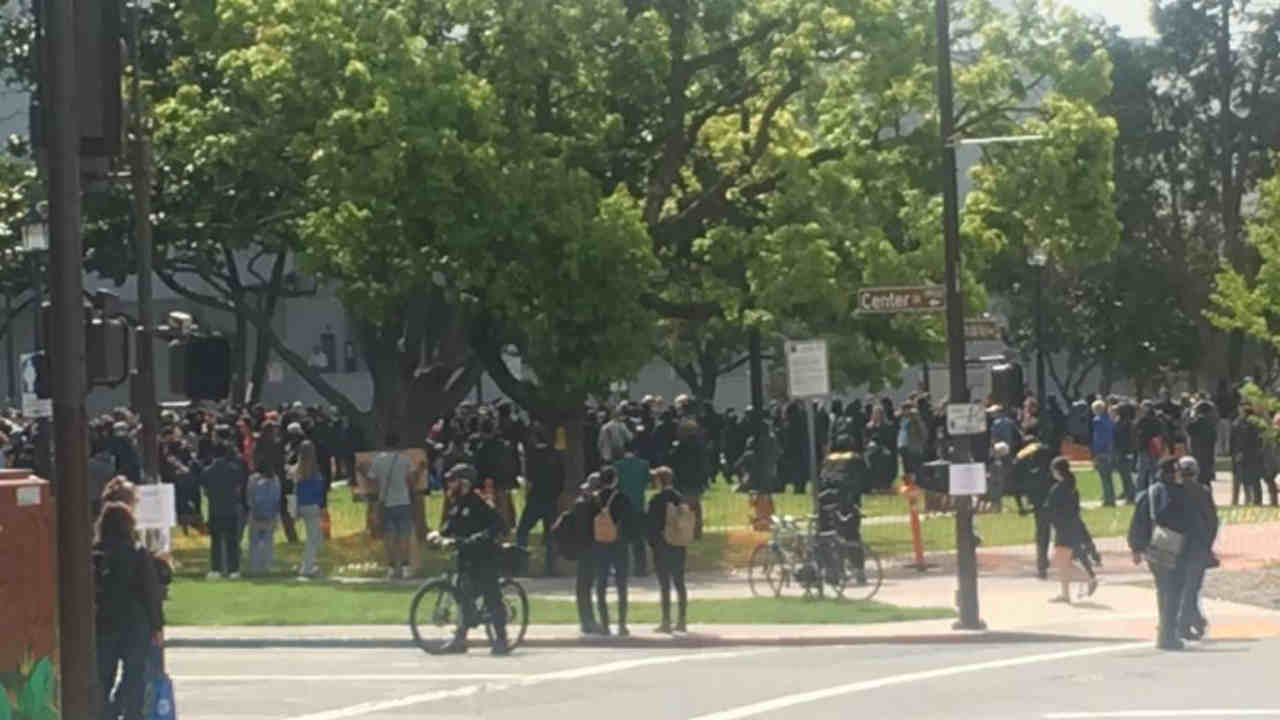 1 of 14
Protesters are seen gathering in Berkeley, California to demonstrate for and against President Donald Trump on Saturday, April 15, 2017.
KGO-TV

Spokesman Officer Byron White said because of the release of the gas, police put on gas masks.

White wasn't sure when protesters started gathering but some were going to gather at 10 a.m. and others at noon.

Other groups may come later, he said. He did not have any information on injuries.

The items encountered at the protest that are prohibited have included flagpoles, a knife, a stun gun, helmets and signs and flags attached to poles.

Officers continue to monitor the protest and adjust their tactics, White said.

Anyone with photos or videos of the event is asked to share them with police by sending them to policecityofberkeley.info or http://bit.ly/berkvideo.

Both sides of the demonstration posted flyers while the city published a list of banned items -- basically anything that can be used as a weapon. Police arrested 10 people at a March 4th event and are still working to identify suspects. 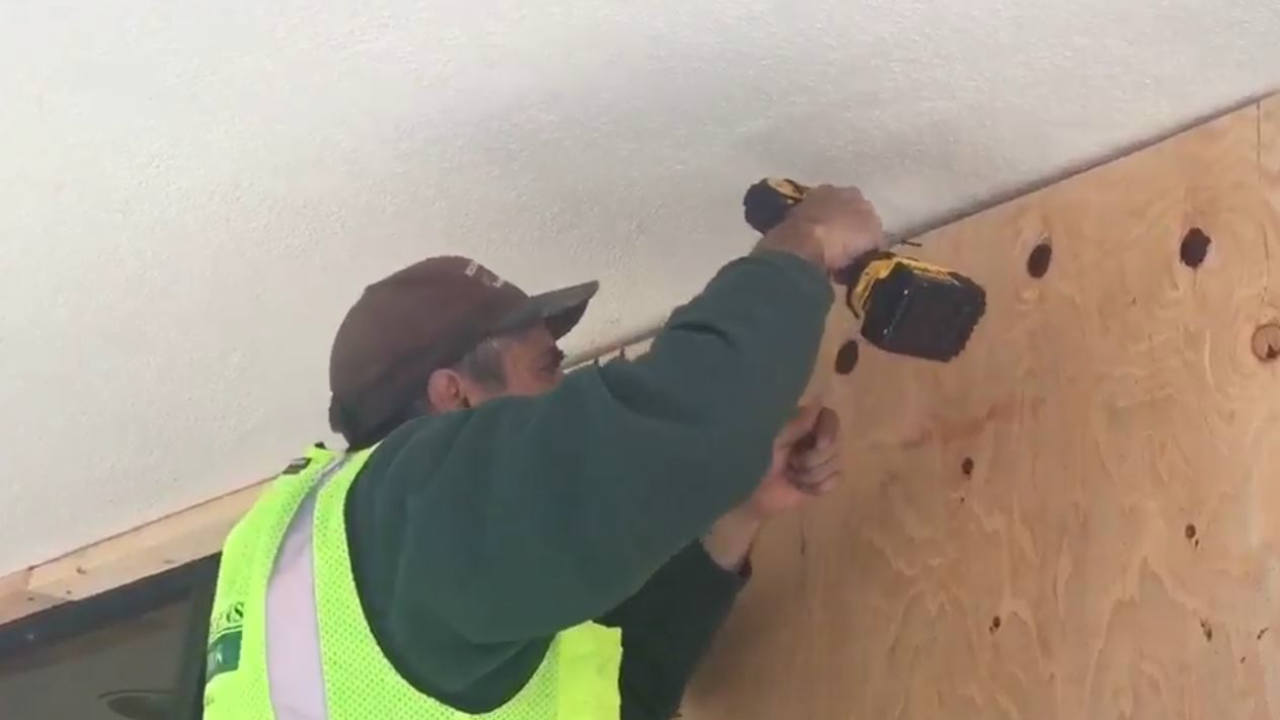 Berkeley businesses board up windows ahead of dueling Trump protests 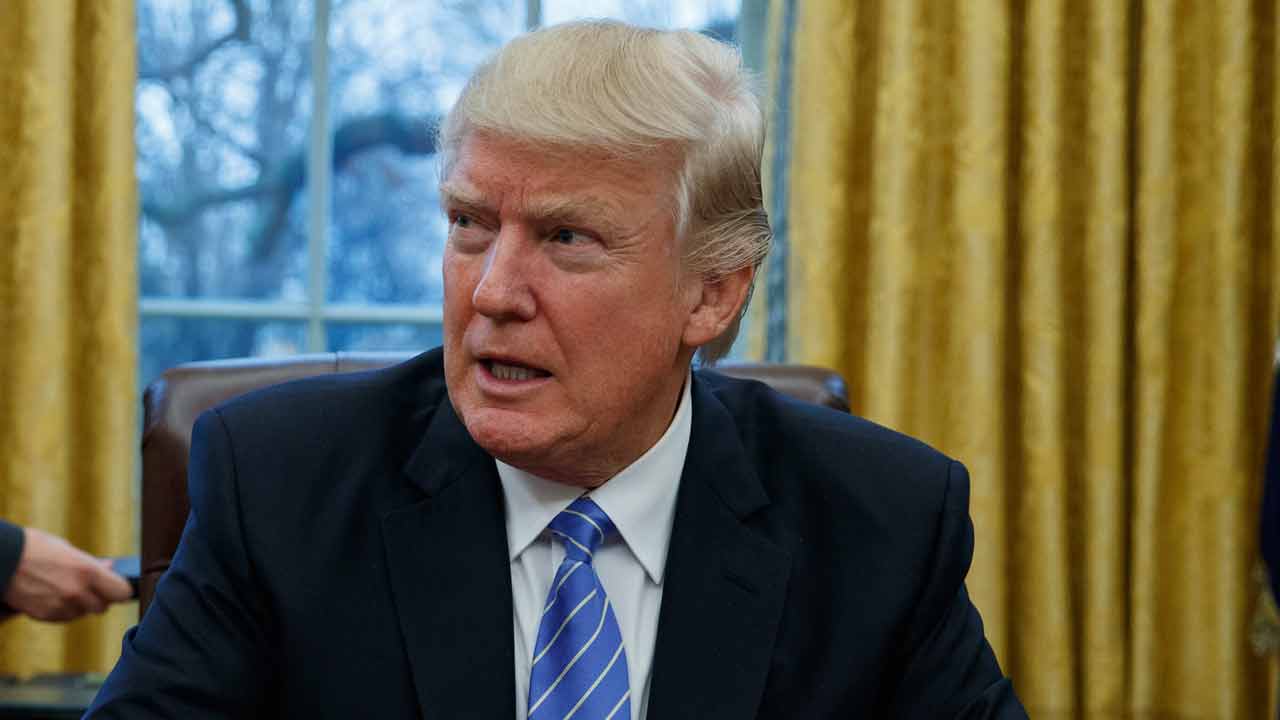 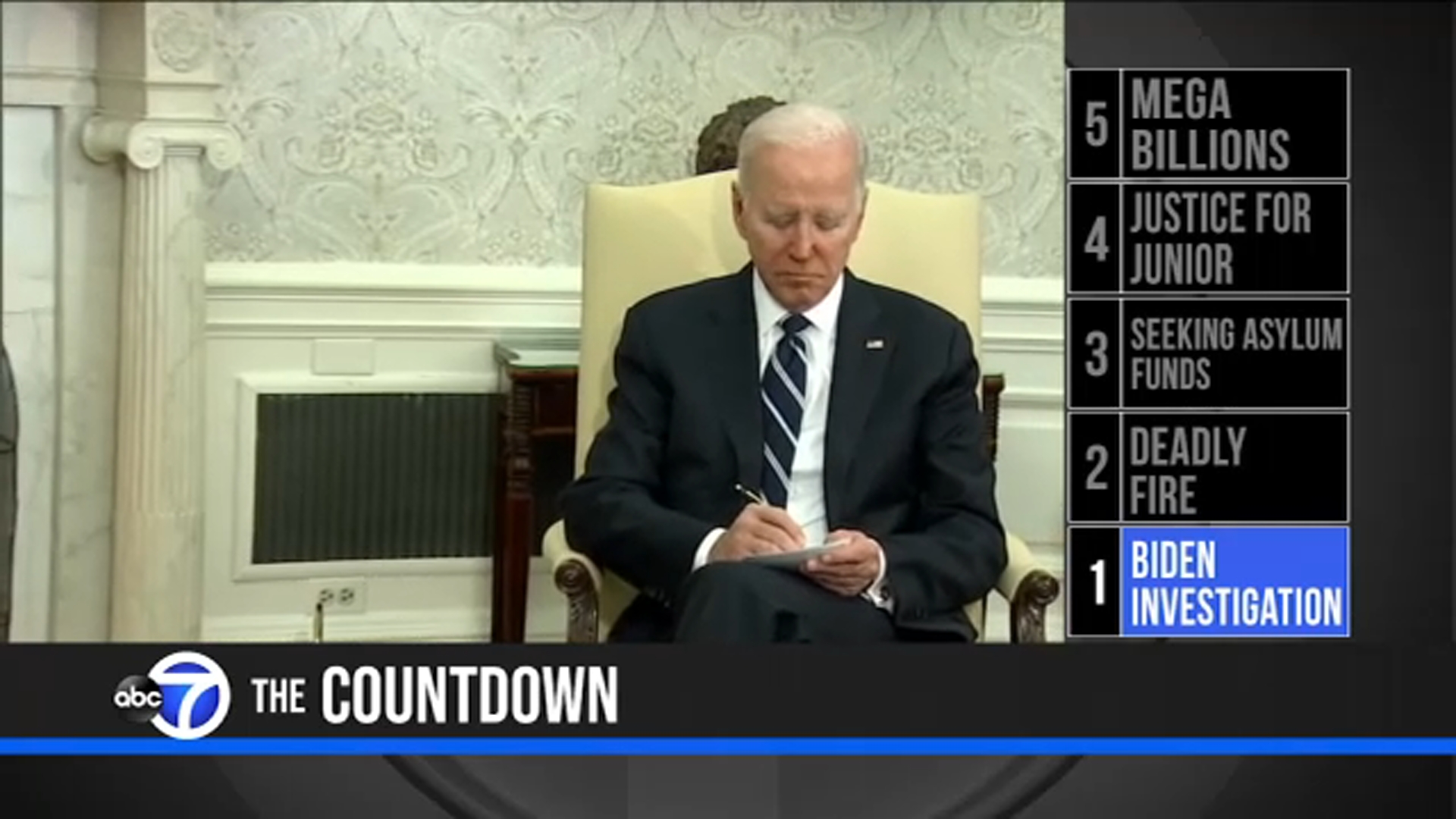