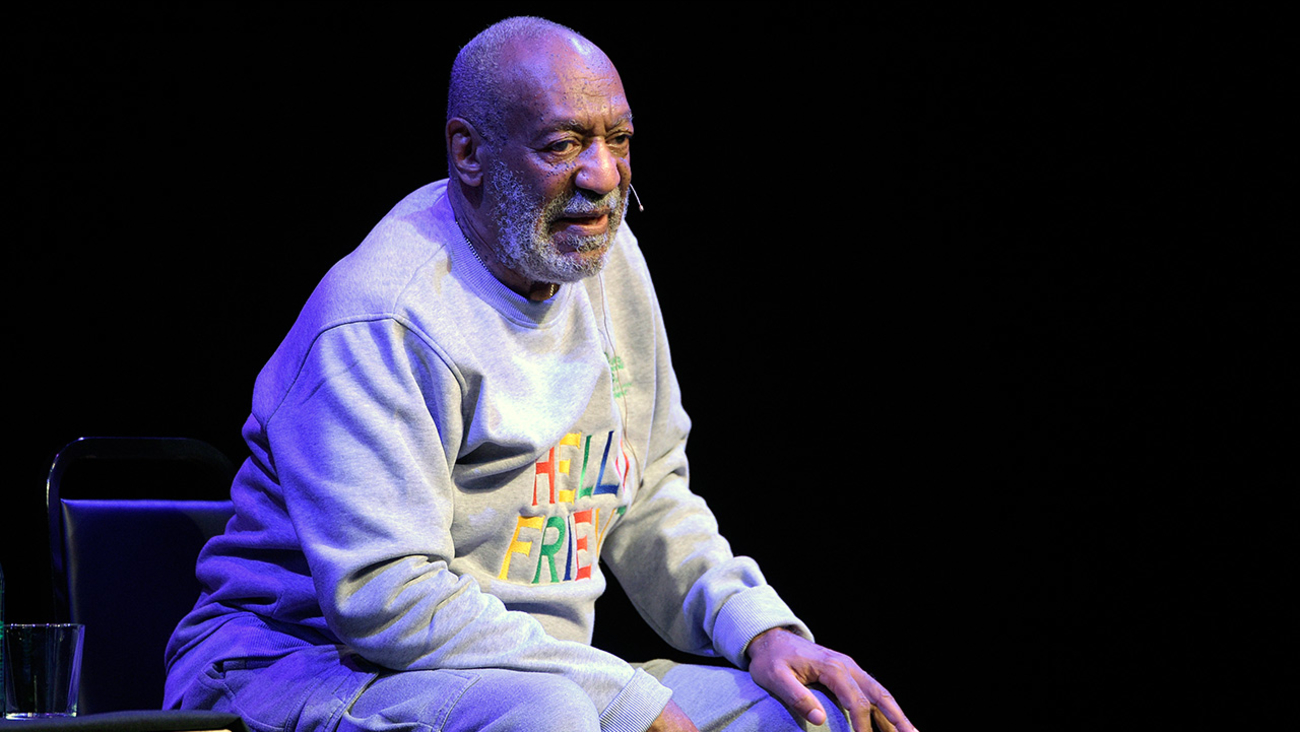 PHILADELPHIA -- Bill Cosby's first accuser asked a judge Wednesday to release the comedian's full deposition in her sex-assault lawsuit, including questions he answered under oath about his use of quaaludes and other drugs, his alleged use of hush money to silence women, his deal to have an accuser's story spiked and his alleged affairs with other women.

Andrea Constand's lawyer argued in a sanctions motion that Cosby, along with his lawyers and agents, broke the confidentiality agreement that sealed the 2006 court settlement with public comments made over the years and again this week. Yet she has been powerless to respond, her lawyer said.

"The release of these documents will assist other women who have been victimized and bring awareness to the fact that sexual assault is not just committed with a gun or knife but is also committed by mentors who engage in exploitative behaviors," lawyer Dolores M. Troiani wrote in asking the judge to sanction Cosby and his lawyers.

Lawyers for Cosby, 77, did not immediately return calls for comment.

The motion comes after U.S. District Judge Eduardo Robreno unsealed excerpts from Cosby's deposition this week in response to an Associated Press request, concluding that the public had a right to see "the stark contrast" between Cosby the public moralist and the statements he made under oath about his lifestyle and conduct.

The excerpts show Cosby admitting that he obtained quaaludes in the 1970s so that he could give them to young women he pursued for extramarital sex. Asked if they knew what they were taking, his lawyers objected and he never answered.

Frustrated by their attempts to dodge questions, Troiani went to court then to force Cosby and his lawyers to cooperate in the pre-trial deposition. She asked that Robreno force the comedian to answer 50 questions about his lifestyle, drug use and sexual encounters with 13 other "Jane Doe" women who had come forward to say Cosby had molested and perhaps drugged them years earlier.

The deposition eventually proceeded. And Troiani now wants his answers to those questions made public.

"Although some of the women engaged in consensual relations with Cosby, their accounts substantiated defendant's alleged predilection for somnophilia," Troiani wrote in her motion Wednesday, referring to a term used to describe someone aroused by having sex with an unconscious person.

Cosby settled the case after his deposition for an unknown sum. Both sides agreed to keep the terms confidential and not comment on what did or didn't happen between them.

His lawyers have not returned messages seeking comment since the release of the deposition excerpts, which they had fought. However, ABC reported that an unidentified Cosby associate, in a statement this week, said Cosby settled the suit to save accusers the embarrassment of testifying in open court. Cosby's representatives have since said the statement didn't come from anyone in the comedian's camp.

Troiani, in her motion, pointed to that statement in support of her motion.

She also said that because the unsealed material does not include Cosby's full answers, supporters could argue that the "seminal question of his admission to administering Quaaludes to sex partners was taken out of context."

She said making public the entire deposition and written settlement would let people decide if that's the case.

Cosby's statements might also be of interest to women now suing him for sexual assault and defamation, she said.

"They have a right to determine what if anything can be used as evidence in their respective cases," said Troiani, who sought permission this week from the Jane Doe witnesses to have Cosby's testimony unsealed.

Cosby has never been charged with a crime and has repeatedly denied the allegations. Most of the sexual misconduct accusations that more than a dozen women have made against him happened too long ago for criminal charges.

The AP generally doesn't name people who say they have been sexually assaulted unless they agree to have their names published, as Constand has done.

Meanwhile, Walt Disney World officials say a bronze statue of Cosby is being removed from the Hollywood Studios theme park.

Local news outlets report the statue was being removed after the park closed Tuesday night. Disney offered no other comment.

The removal of the statute at Disney's Academy of Television Arts and Sciences Hall of Fame Plaza came after court documents unsealed on Monday revealed that Cosby testified in 2005 that he'd obtained Quaaludes with the intent of giving them to women he wanted to have sex with.

The 77-year-old Cosby hasn't commented on the documents, which were secret for a decade until Monday, after The Associated Press went to court to get them released. He has never been charged with a crime and has repeatedly denied sexual assault allegations.
Related topics:
arts & entertainmentsexdrugsbill cosby
Copyright © 2022 by The Associated Press. All Rights Reserved.
TOP STORIES
6 dead, dozens wounded in shooting at Chicago-area July 4 parade
NYPD increases officers, security ahead of NYC 4th of July fireworks
Macy's 4th of July Fireworks 2022: Everything to know
Where to watch 2022 Fourth of July fireworks
Joey Chestnut, Miki Sudo win Nathan's Hot Dog Eating Contest
People enjoy perfect weather at Tri-State beaches for 4th of July
AccuWeather: Clouds return on Tuesday
Show More
2 Long Island beaches reopen after lifeguard bit by shark
Teen arrested in Newark drive-by shooting that injured 9
Child found dead in Wallkill pool, adult in critical condition nearby
Box truck crashes causing parked cars to stack up in Brooklyn
Correction officer released from hospital after 3 shot in Queens
More TOP STORIES News