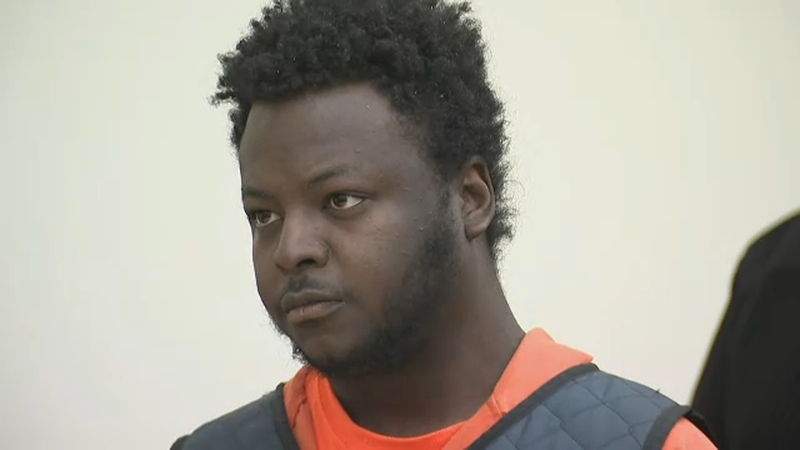 SPRING VALLEY, Rockland County (WABC) -- A homeless man accused of stabbing a security guard to death in a New York library earlier this month was arraigned in court in Rockland County Thursday.

Blanchard Glaudin pleaded not guilty to second-degree murder in the death of 52-year-old Sandra Wilson, who was killed at Finkelstein Memorial Library in Spring Valley last Tuesday afternoon.

The 25-year-old was said to be a regular at the library, and he allegedly attacked Wilson after she asked him to turn down his music.

He is being represented by a public defender and was being sent for a psychological evaluation.

Glaudin was recently released from jail while awaiting trial for allegedly attempting to rape a woman while at Nyack Hospital on Nov. 9.

Bail was set at $100,000, but just before the new year, he was let out when judges across the state were releasing inmates in anticipation of the bail reform laws going into effect.

A bail reform activist noted that attempted rape remains a bail-eligible charge under the new law, and an investigations is underway to determine how and why he was set free.

But, because his name had been inverted in that case, it took some time for the district attorney to establish it was the same Blanchard Glaudin arrested in Wilson's murder.