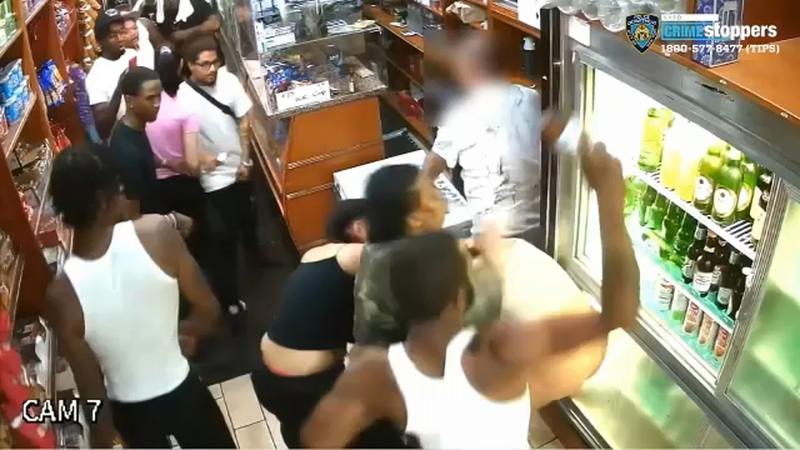 WASHINGTON HEIGHTS, Manahttan (WABC) -- Newly released surveillance video shows a father and his adult daughter getting pummeled inside a bodega.

The incident, which apparently stemmed from an unspecified dispute, happened July 7 inside a store at 2090 Amsterdam Ave.

The attack lasted several minutes and the 41-year-old victim was eventually knocked unconscious when he was hit on the head with beer bottles. He was then kicked repeatedly.

The 22-year-old daughter was also punched, kicked and struck on the head.

A woman who tried to call 911 during the melee had her phone stolen.

The father was taken to the hospital and was said to be stable. The daughter was treated at the scene.

The NYPD said they are looking for the following individuals in connection to the crime:

Josh Einiger says one vicious swing of a hammer carved a deep gash in the head of a Chelsea supermarket manager.