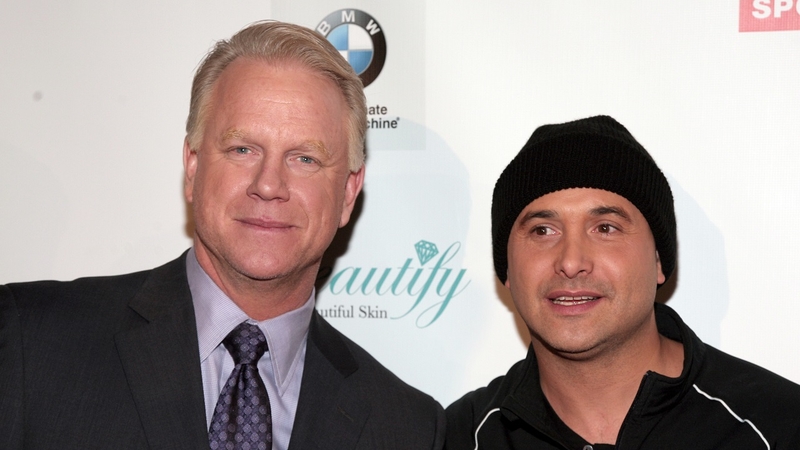 The 48-year-old Carton was taken into custody by federal agents at his Manhattan apartment Wednesday morning. Conspiracy and securities fraud charges were later unsealed in federal court against the host of WFAN's "Boomer and Carton" show.

In a related civil case, the Securities and Exchange Commission said Carton in mid-2016 solicited investments in ticket reselling enterprises at about the time he accrued millions of dollars' worth of gambling-related debts. The SEC said Carton wanted to buy and resell large blocks of concert tickets for substantial profits.

Carton has hosted the sports-themed radio program broadcast since 2007 with former NFL quarterback Boomer Esiason, who said he was taken aback by the news.

"I am aware now why Craig is not here this morning," he said during the show. "Unfortunately, he was arrested this morning. Over here at the station, they are aware of it as well. They are cooperating with authorities. I am taken aback and surprised by it, just as I'm sure everybody else is. I have no other information. There is nothing else I can say. I thought he called in sick this morning. But unfortunately, my partner was arrested. So I guess there will be more news to come I'm sure from somewhere. But it's not going to come from me because I don't have it. And that's all about that. Not easy."

According to the criminal complaint, Carton, 41-year-old Michael Wright and an unnamed third party worked together to induce investors to provide them with millions of dollars based on representations that the investor funds would be used to purchase blocks of tickets to concerts, which would then be re-sold on the secondary market.

Carton purportedly had access to those blocks of tickets based on agreements the unnamed third party had with a company that promotes live music and entertainment events and that Carton had with a company that operates two arenas in the New York metropolitan area. Prosecutors say no such agreements existed, and after receiving the investor funds, the three suspects misappropriated the money to pay personal debts and repay prior investors as part of a Ponzi-like scheme.

"As alleged, Craig Carton and Michael Wright deceived investors and raised millions of dollars through misrepresentation and outright lies," Manhattan U.S. Attorney Joon Kim said. "Their schemes were allegedly propped up by phony contracts with two companies to purchase blocks of concert tickets, when in fact, Carton and Wright had no deals to purchase any tickets at all. As alleged, behind all the talk, the Wright and Carton show was just a sham, designed to fleece investors out of millions ultimately to be spent on payments to casinos and to pay off other personal debt."