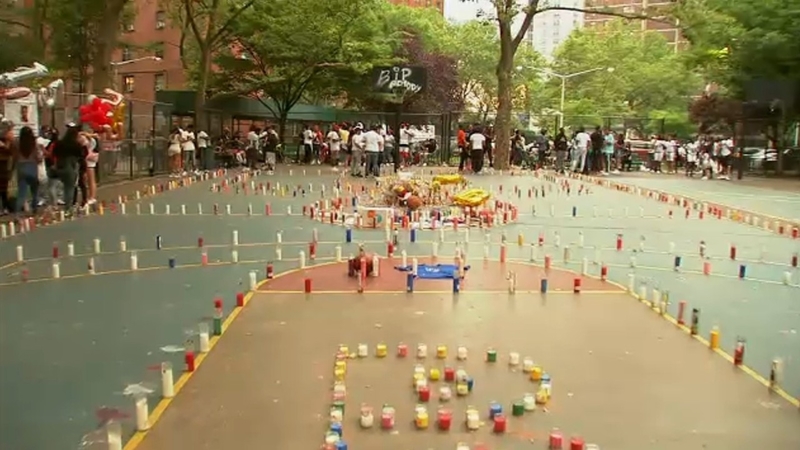 MELROSE, Bronx (WABC) -- A Bronx community is paying tribute to a promising young athlete whose life was cut short when he was shot and killed last month.

Tuesday would have been Brandon Hendricks' 18th birthday.

Mourners lined a basketball court in the Melrose section with candles at night.

During the day, the group honored Hendricks' memory with a celebration of life, where basketball games were played to honor his legacy.

Hendricks was shot in the neck on June 28, just days after graduating from James Monroe high school.

Police say the college bound student was an innocent bystander.

Before Hendricks' life was tragically cut short, he was headed to St. John's to play basketball.

The 22-year-old suspect accused of opening fire at the birthday barbecue Hendricks attended, was arrested on Monday.

Last Friday, an emotional vigil was held in the Bronx to protest gun violence and honor the teen.
EMBED More News Videos

Josh Einiger has more on the emotional vigil in the Bronx to honor 17-year-old Brandon Hendricks.

Hendricks' family says they are grateful for the outpouring of support, and hope that Hendricks' death sends a message to the community.