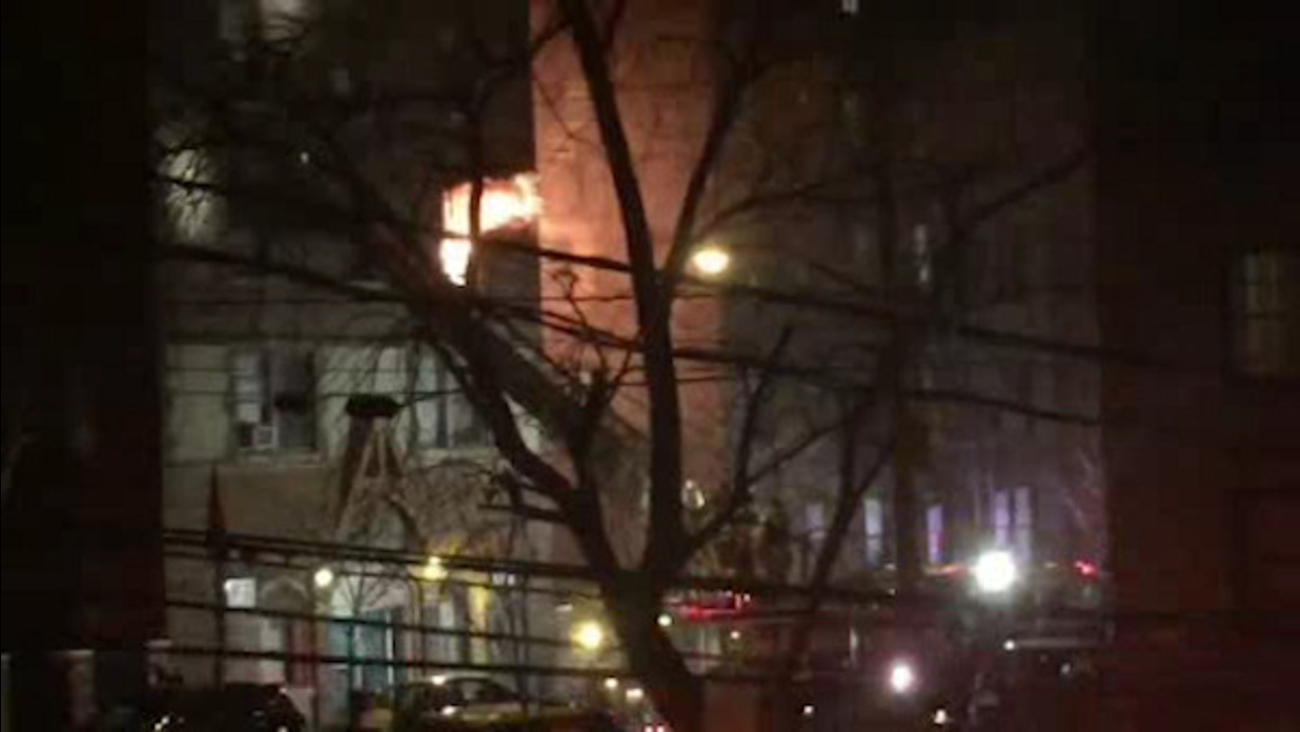 ALLERTON, Bronx -- Fire officials say a woman was seriously injured in an apartment fire in the Bronx.

The fire began in the bedroom of a third floor apartment on Barnes Avenue just after 10 p.m. Monday.

Fire officials say the 62-year-old woman was found unconscious in a smoke-filled hallway.

The woman suffered burns to her face, body and legs and was hospitalized in serious condition.