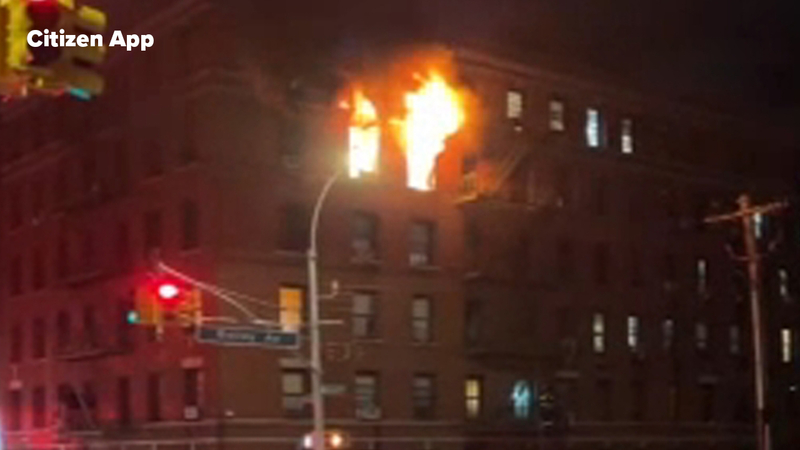 VAN COURTLANDT VILLAGE, Bronx (WABC) -- Two people were hurt, one critically, in an apartment fire in the Bronx early Wednesday.

The fire broke out on West 238th Street in Van Courtlandt Village just after 3 a.m.

Citizen App showed the flames bursting out of the building's windows.

The fire started on the fifth floor of the six-story building.

It took more than 100 firefighters about an hour and a half to get the fire under control.

The injured residents were rushed to Harlem Hospital and NY Presbyterian Hospital.

Police say the man tried to get into the eatery through a rooftop exhaust fan.