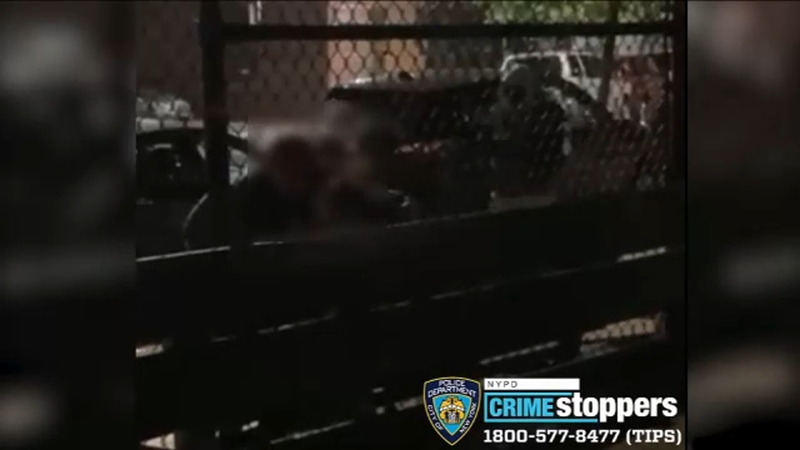 BRONX (WABC) -- A man who stopped to check on the wellbeing of a man sitting on a bench in the Bronx became a victim of deadly violence.

Police released a dramatic new video of the deadly shooting that took place late Friday night in the Bronx.

The victim, 35-year-old Jason Rivera of Staten Island, seen in the center of the video, had stopped to check on someone seated on a bench when he was killed.

Police say the gunman had gotten out of a black Mercedes-Benz SUV before doubling back and firing the fatal shots.

Rivera was shot in his head and torso. He was taken to NYC Health and Hospitals/Jacobi where he was pronounced dead.

No one else was injured in the shooting.

The gunman is described as 5'07" to 5'08" and was wearing a gray hooded sweatshirt, tan pants and white-and-black sneakers.

Compared to this time last year -- where there was only one shooting -- there have been 14 incidents with 15 victims over the weekend.