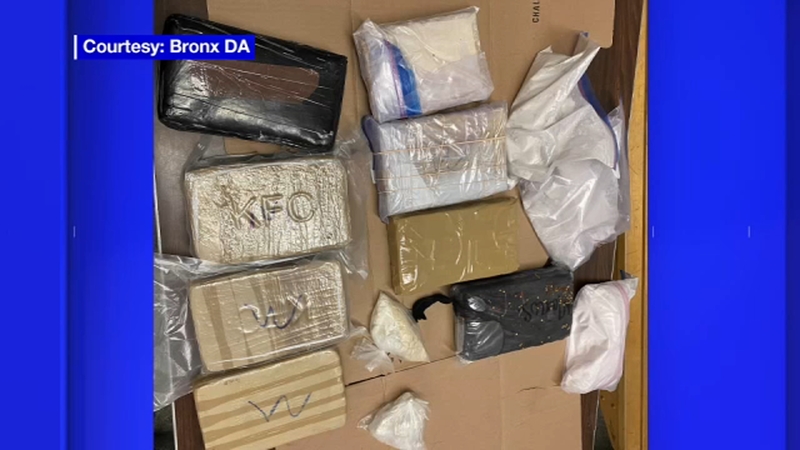 BRONX, New York (WABC) -- A man was indicted on trafficking charges Wednesday after police found $1 million worth of drugs in his home in the Bronx last month.

Authorities said they found 29 pounds of heroin and 300 grams of fentanyl inside the home of 43-year-old Carlos Munoz on May 12 at 1908 Barnes Avenue, in the Van Nest section.

Much of the drugs were discovered hidden behind a wall and a bathroom light fixture.

Investigators also allegedly found a 400-pound kilo press, and other equipment to traffic the drugs.

An additional 150 grams of heroin were also allegedly recovered from Munoz's car, which was found with the help of drug-detecting dogs.


"Heroin and fentanyl are killing New Yorkers and destroying our communities," Bronx District Attorney Darcel Clark said. "Getting these deadly and highly addictive drugs off the streets, along with holding accountable the people who care nothing about getting Bronxites hooked, is how we fight back and reclaim our community."

Munoz appeared in court on charges of operating as a major trafficker, several counts of criminal possession of a controlled substance and criminal use of drug paraphernalia.

He is due back in court on September 13.
ALSO READ | 'March of Dads' rally held in Brooklyn in support of fathers of color
EMBED More News Videos