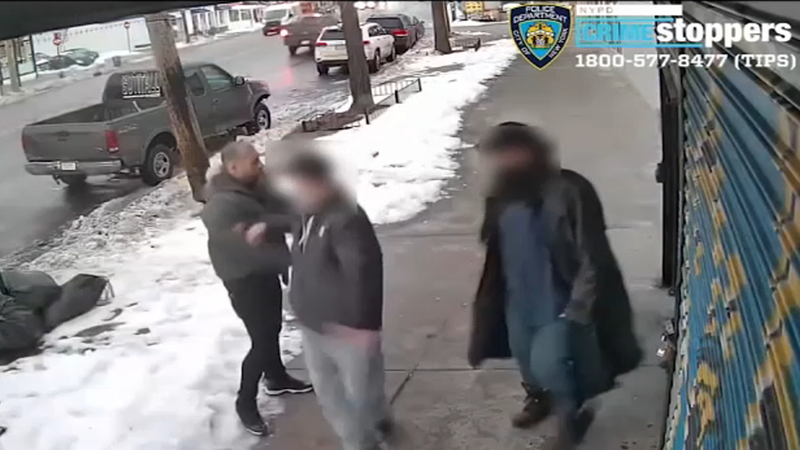 THROGGS NECK, Bronx (WABC) -- Police are searching for two suspects who opened fire on the street in the Bronx.

It happened Wednesday morning, after the group got into an argument inside a store on East Tremont Avenue in Throggs Neck.

Police responded to the scene and found three guns.

In all, 15 people have been taken into custody in connection with this gun battle, including the two men who were shot.

Police are asking for the public's help tracking down the remaining two suspects seen in surveillance video.