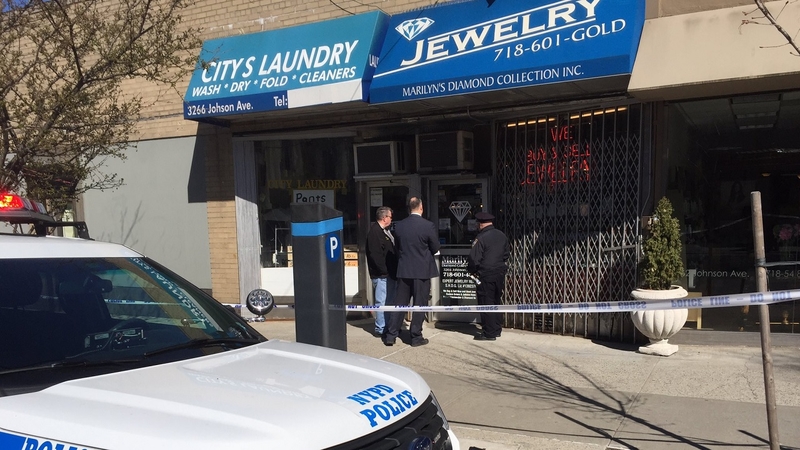 RIVERDALE, Bronx (WABC) -- A quiet and normally uneventful street in the Riverdale section of the Bronx turned into a crime scene on Saturday afternoon with detectives hauling away evidence from a small family-owned jewelry store on Johnson Avenue.

Police say 57-year-old Chris Carrucci, the owner of Marilyn's Diamond Collection was shot in the stomach in an attempted robbery, and was alone in the store when it happened. Those who knew Carrucci said he was cautious about who he let inside the store.

"Wonderful man. He's a hard-working man. You know, kind of conservative. Did not expect this - this is a shock," says Luis Guarascio.

Sources say it was just before 12:30 when two men went in the store and asked to see a ring. Carrucci saw a weapon, felt something was wrong, had remembered seeing them from before, and hit the panic button. That is when the suspects fired one shot, going through the 57-year-old's wrist, hitting him in his stomach.

"It's just very shocking that something like this occurred, and it's a shame," says Helene Popish.