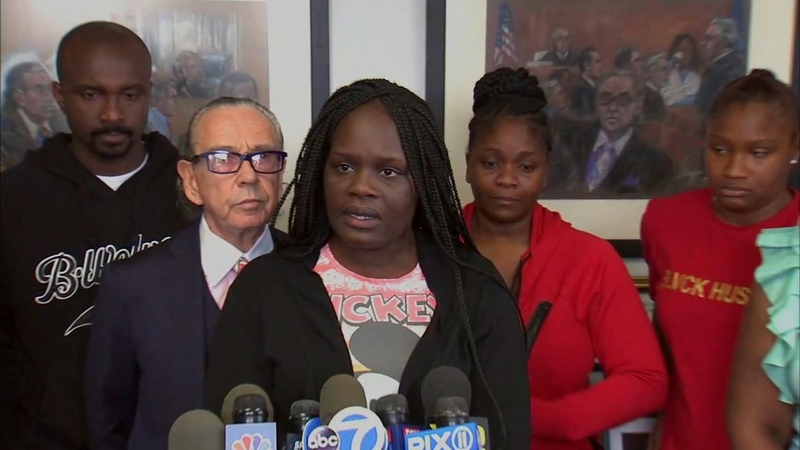 EAST TREMONT, Bronx (WABC) -- The mother of the 15-year-old fatally stabbed in a Bronx school told reporters on Friday that her son never bullied anybody, disputing claims by the accused killer.

The teenage suspect, Abel Cedeno, is accused of killing Matthew McCree and attempting to kill another inside a classroom at Urban Assembly School for Wildlife Conservation in the Bronx on Wednesday. He is charged with murder and attempted murder, manslaughter and attempted manslaughter, assault and criminal possession of a weapon.

Cedeno mouthed the word "yes" when asked Wednesday night if he had been bullied, relentless taunting that police say led to rage, but McCree's mother says that is not true.

"Matthew loved everyone," Louna Dennis said. "Before Matthew himself would be a bully, Matthew would rather beat a bully down."

CeFaan Kim spoke to the victim's mother in the report below:
EMBED More News Videos

CeFaan Kim has the latest on the deadly Bronx school stabbing.

She described her son as wonderful.

"The morning before my son died, he made me my last breakfast," she said, as she broke down in tears. "He forced me to eat breakfast because I was running late for work, and I had to force myself to eat it because he took the time out to make breakfast. Now, my son is never coming back."

Attorney Sanford Rubenstein, who is representing Dennis, is questioning why two teachers in the classroom were "standing there and did absolutely nothing" during the attack.

He is also questioning why the NYPD and school officials did not see a need to install metal detectors until after the stabbings, calling that one of the "serious legal issues involving the Department of Education and NYPD school safety division."