Lucy Yang has the latest on the murder of a psychologist in Brooklyn.

DITMAS PARK, Brooklyn (WABC) -- A man is under arrest in connection with the murder of a psychologist who was found dead in his Brooklyn home.

Police say the suspect, 28-year-old Mirzo Atadzhanov, of Homecrest Avenue in Brooklyn, was found hiding in a basement closet, and the victim's wife and children were home the entire time without any clue of what was happening.

Shortly before 6 p.m. Monday, police responded to a 911 call of a burglary in progress at a home on Stratford Road in Ditmas Park.

A neighbor had seen a suspicious man entering the home, and upon arrival, officers found an unconscious and unresponsive 66-year-old man in the basement with trauma to the head and body. He was pronounced dead at the scene and was identified as Jeremy Safran, a psychologist and professor at The New School.

During their search of the basement, police encountered Atadzhanov hiding inside of a closet.

He was taken into custody without further incident and is charged with murder and burglary.

There was a bloody hammer near Safran's body and a bloody knife in the defendant's car parked outside the victim's house. The medical examiner determined the cause of death to be stab wounds.

"When they dragged him out, he had bloody hands," said Doreen Giuliano, the neighbor who initially called police.

She said she noticed the suspect walk down the side of the house and put something in his car, which she said had been parked outside for hours.

One of Safran's two daughters was also home at the time. The family also has two dogs. 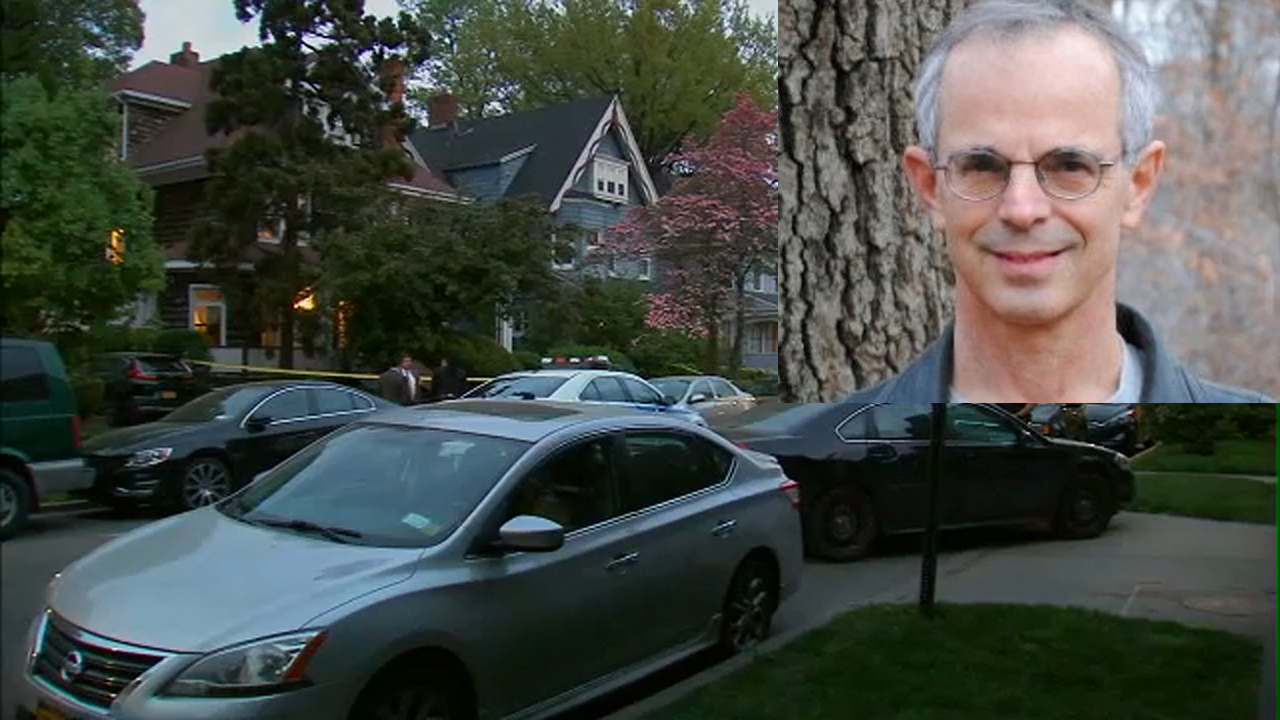