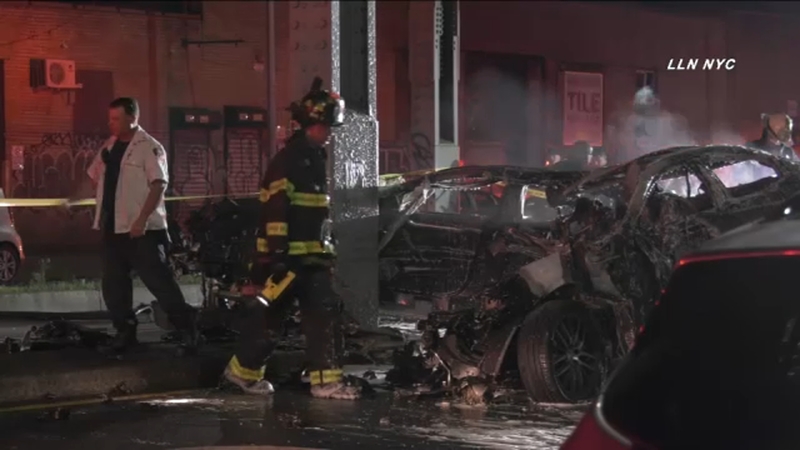 WEEKSVILLE, Brooklyn (WABC) -- One person was killed while another was critically injured when a car crashed in Brooklyn early Saturday.

Police say around 3:20 a.m. near the intersection of Atlantic and Rochester Avenues a Maserati jumped a center median and then slammed into a pole and burst into flames.

One eyewitness says when he saw the car he ran towards it and pulled one of the victims out.

"I saw over there, like, you know, one car is crushed, so, sort of on fire, you know. So I called 911 and then I come quickly and I saw one guy inside, he was crying. So when I saw he was crying I took this guy," the man said.

The driver died at the scene and a 35-year-old man believed to be a passenger was taken to the hospital in critical condition.