Up in smoke: How a fire exposed a secret marijuana grow house 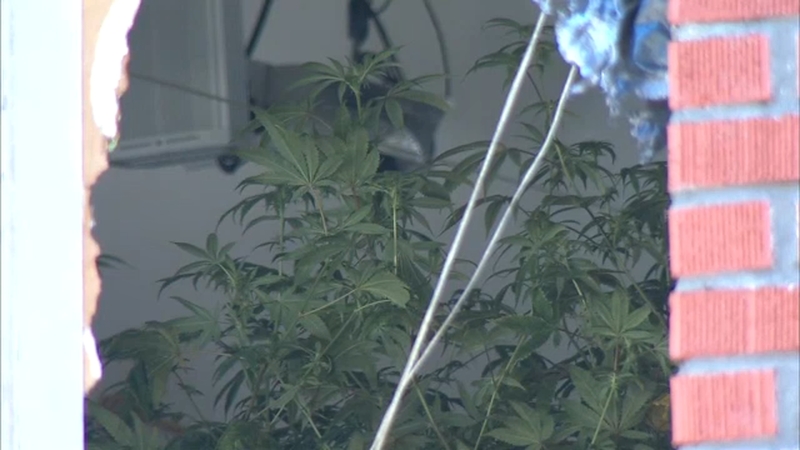 CYPRESS HILLS, Brooklyn (WABC) -- Authorities are investigating whether a building in Brooklyn that caught fire Saturday morning was being used as an illegal marijuana grow house.

Video from the scene on Fulton Street in Cypress Hills shows a number of plants inside a second-floor apartment.

The fire went to a second alarm, more than 100 firefighters responded to the scene.

It's unclear whether any of the equipment aiding in the growth of the plants sparked the fire.

New York state officials cracked down on a planned wedding in Brooklyn which they allege would have brought together "upwards of 10,000 individuals," Gov. Andrew Cuomo said Saturda

"The building had extensive damage to the first floor. And there was damage also inside the base cellar," FDNY Deputy Chief Fred Schaaf said.

The flames were brought under control just after 12:10 p.m.

Police have taken possession of the plants.

They're now investigating alongside the fire marshall.

The elderly man was transported to a local hospital after suffering serious injuries in a Jersey City blaze.