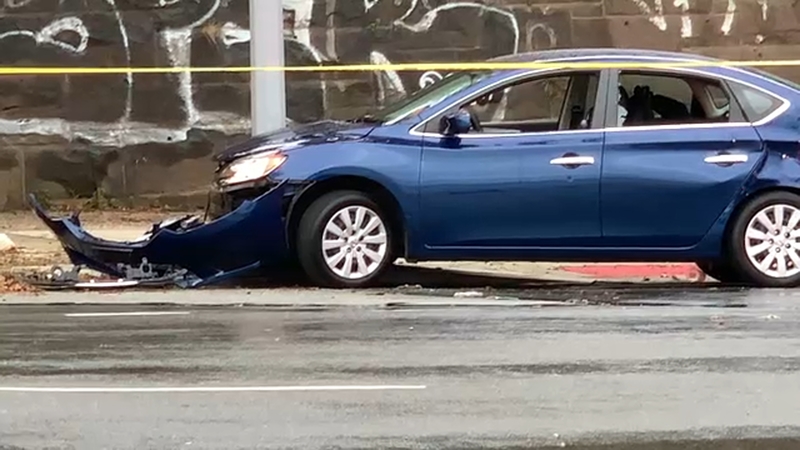 BROOKLYN, New York (WABC) -- A driver was shot and killed during a road rage incident in Brooklyn.

Police say someone in a black SUV opened fire on the 26-year-old victim as both cars exited the Jackie Robinson Parkway on to Bushwick Avenue around 4:40 p.m. Friday.

According to sources, the shooting was the result of a road rage incident.

The victim exited the Jackie Robinson Parkway at exit 1, where he was followed by the suspects.

Th suspects then fired several shots into the victim's car, causing him to crash into a light pole and another car.

A driver is in critical condition after he was shot at from an SUV while exiting a parkway in Brooklyn.

Sources say the the victim then exited the car, walked about 300 feet and then collapsed.

According to officials, the victim was struck in the upper body and taken to Brookdale Hospital where he pronounced dead.

The SUV where the shots were fire from fled the scene.

According to sources, the car had Connecticut license plates and police are looking for three suspects who were in the SUV at the time.