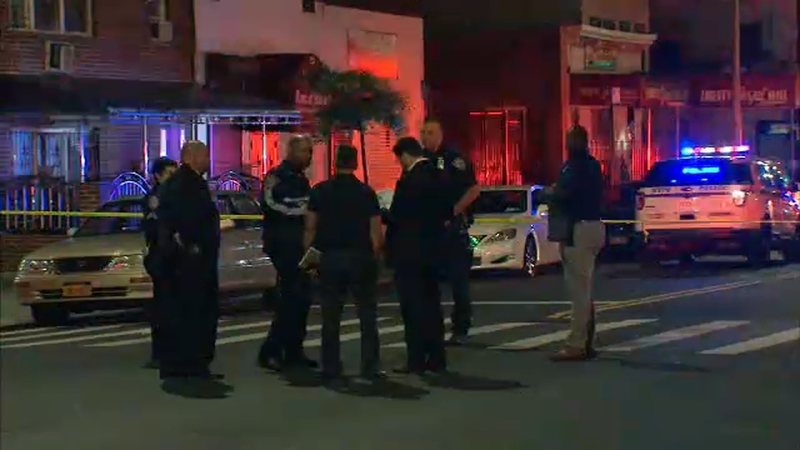 CROWN HEIGHTS, Brooklyn (WABC) -- An investigation is underway after four people were shot early Monday in the Crown Heights section of Brooklyn.

The shooting happened just before 2 a.m. outside a building in the 200 block of Buffalo Avenue.

Two women and two men were shot after a group of people gathered earlier in the evening around a memorial for a neighbor who had died.

"They were just trying to celebrate the little guy over there that just died of cancer and you see all this shooting out here," Douglas McLough said.

Despite the many shell casings left at the scene, the victims are all expected to survive.

Police first thought the shooting was targeted, but they are now focusing their investigation on surveillance video that shows the suspect firing a gun.

Neighbors are frustrated their streets are now a crime scene.

"All of this keeps going on and on and on, there's no way it's going to stop... change mayor, congresswoman, it's not going to stop -- people just get angry for anything," Laverne Davy said.